A Barony of Winter's Edge, located in White House, Tennessee. 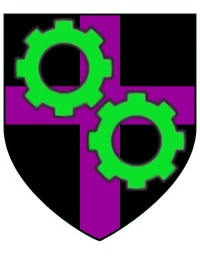 Mechia is home to the lands of the once great temple of the Cow. Lost to time in an attack from enemies, the temple became the starting point for the Barony of Mechia. Started by a young follower of the temple named Anomaly Stratic.

Now many years have passed since the attack by the Sirenians and Mechia has grown to a size comparable with a small Barony thanks to the dedication of the temple's followers and blessings from the Great Cow. Nomad's still travel through and even may stay for a while but the citizens are the true jewels of this Barony. Ragtags and monks, nobles and brave soliders all make up Mechia and have carved it's history into annals everywhere.

We meet on Saturday at White House City Park, White House, TN 37188 On Saturdays From Noon To Dusk