(Redirected from Nashomi the Lonely Wolf)

Arch Duke Sir Nashomi the Silverwolf , Warlord of the Lands that Burn

One of the original Amtgard members who holds a number of distinctions from early history. His first appearance (March 13th,1983), was at the Desert Fort Seige battle with Heimdale the Ha'valli. He was one of the founders of the first Kingdom, the Burning Lands.

One of the greatest warriors in Amtgard History, especially in the 1980s, where a case could be made for him being the best fighter during that decade.One of the original Amtgard members who holds a number of distinctions from the early history of Amtgard, First knighted on 10/22/83, and notably the compiler of the First Three Years project.

Nashomi was the founding member of the Wandering Unicorns.The Fourth King of the Burning Lands by Right of Arms. 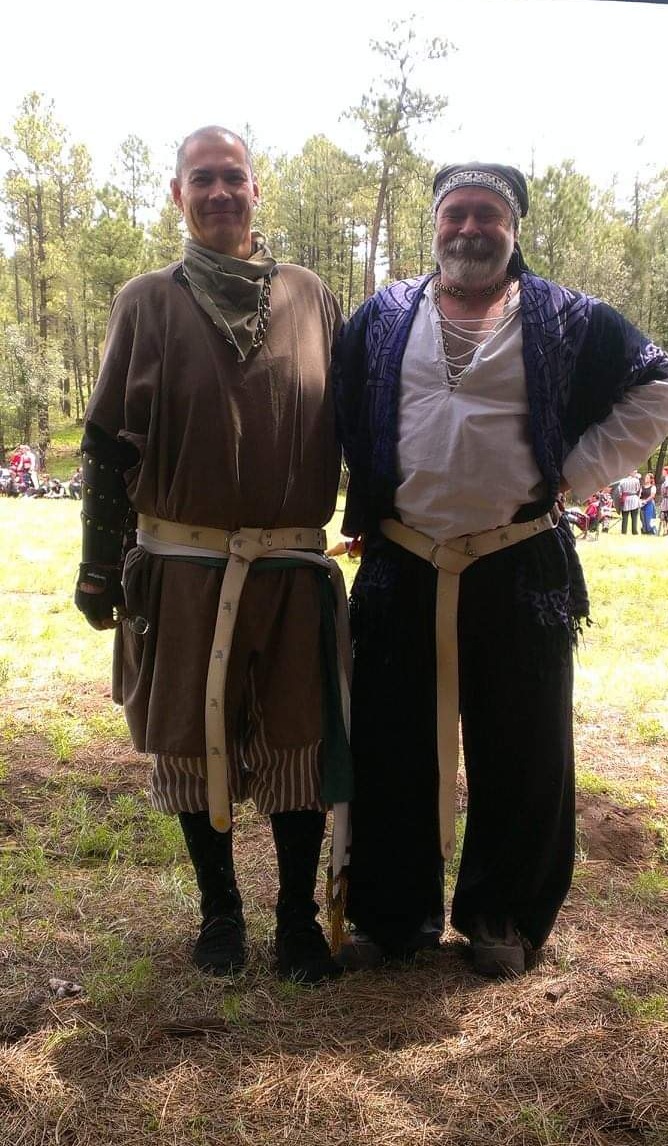 Heimdale,Nashomi,Eric,Deth,Unknown Quest for the Ring of Power at Hueco Tanks (84)