Welcome to the North River page, it is our hope that you will take in all we have to show if only for a time. So sit a while and listen, you found us for a reason surely. 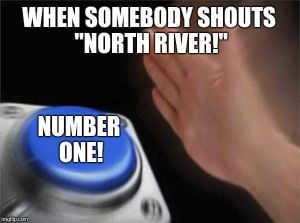 North River shouts can be heard for miles 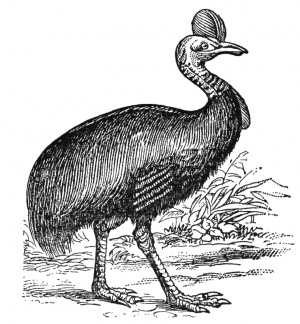 A bird fit to represent Her Excellencies Barony

A magical hall used by Her Excellency Aloysia "Saint" Maverick for various meetings and gatherings.

Temple of the Void

Her Excellency Aloysia "Saint" Maverick's assigned temple that she oversees as Magi.

Abandoned by the previous denizens of North River, not much remains many of the vellum is beyond repair and lost to time. Odda spends much of his time here trying to decipher the old and chronicle the new.

Owned and operated by the Mad Mage Grizzlebeard III and his orc guard, Utog the Unbearable. It is said his stench has scared off whole villages before.

A cave system dug out by Thorin Stormblood serves as both a home and means of resources for the barony.

A small cabin tucked away by the river, it has a small garden that only seems to bloom at night. Not many know where it's at but if you follow the flow of the animals you can find it. Staind glass windows show from the front and the faint smell of cinnamon rolls are coming from the openings. Half the time it lies uninhabited, but if you can catch the owner in there is always something cooking or being crafted. The animals will curl up at your feet or any place they find room. All are welcome to the little cabin, unless it's owner is gone, for a certain animal always stays behind to protect a hoard.

A large cathedral from a distant dimension owned by Lord Inquisitor Regan. This cathedral showcases stained glass depictions of various past events and are rumored to move around showing new images. Not many venture to the cathedral as the master of the place does not fancy visitors, but it has been used for times of great peril.

The home of a collection of rare and exotic animals and monsters collected by House NRUBCBPNTSFSDSUV. The animals are treated with special care native to their habitats. Free admission to the populace that reside in the barony. 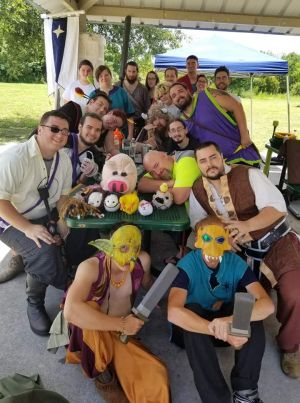 Argent, a pale azure, a star Or in middle chief