Bear, Woman at Arms to the Maestro of Shade, of Rising Sun Station, Crystal Groves 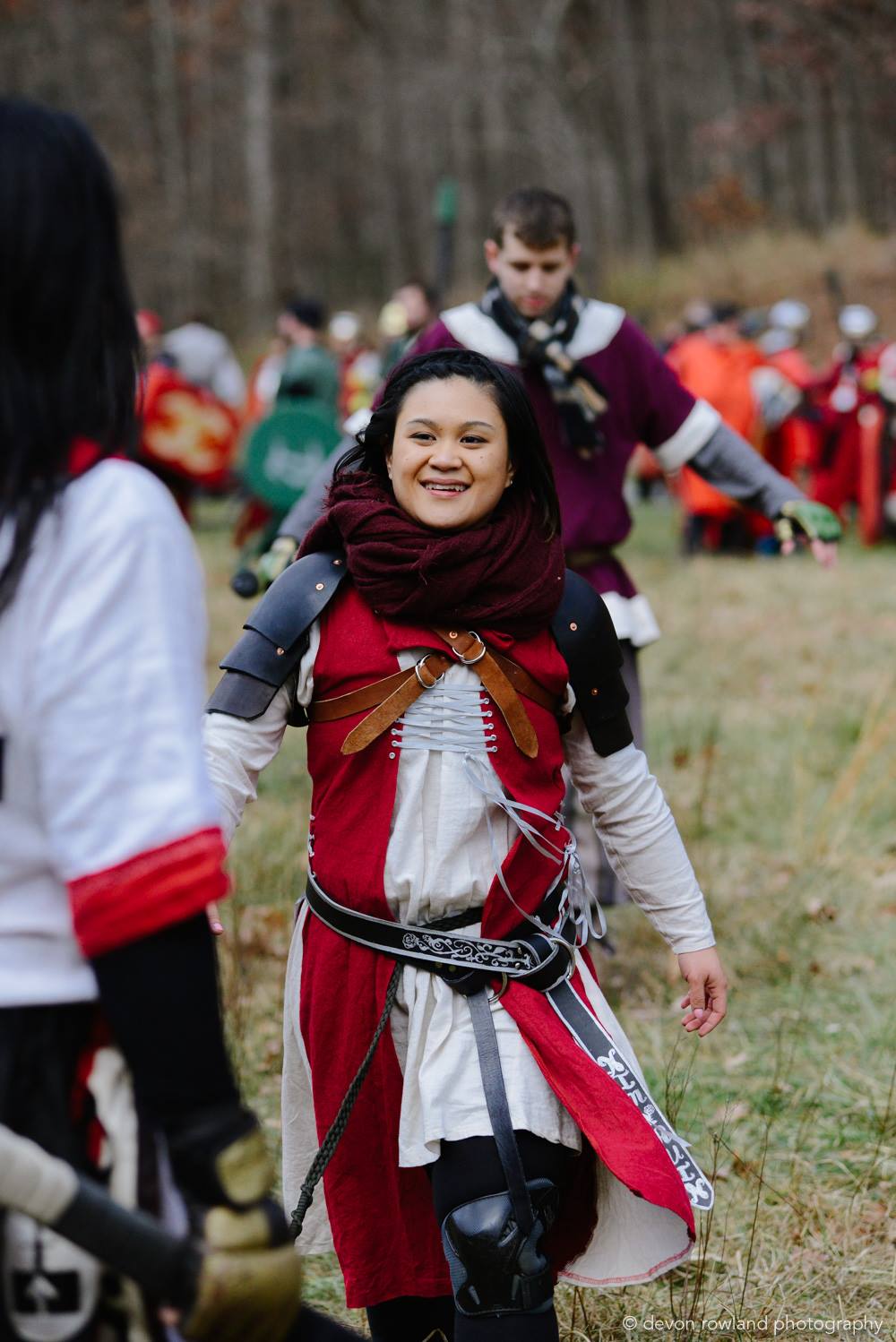 Paula started her fighting career in Dagorhir in Maryland. She started with the more flurbier side, joining "The Guard" for quite a while. After several years, a group of her friends and she broke off and created "The Ulfrung", a Viking themed unit. She spent several years of upping her garb game to extraordinary heights and her creative skills for making garb and a wide variety of A&S projects. In 2015 she was introduced to Amtgard by Snojoo (who's that guy? weird). She quickly began entering items in A&S competitions and taking sword fighting more seriously. Since then, she's only continued to improve and astound the Kingdom of Crystal Groves with her skills in A&S and fighting, being one of the most respected individuals in the Kingdom.