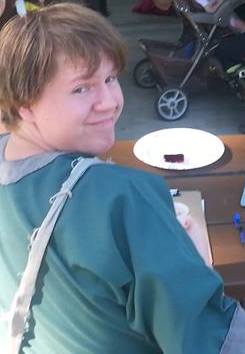 One day, Pungkow got bored, and decided to write a biography about himself. It went something like this: Pungkow has been playing Amtgard actively since 2006, though he played briefly before that years ago. He was introduced to Amtgard in High School when Dragon's Forge was known as the Sapphire Shores, and met at Clackamette Park in Oregon City, OR. At the time, his entire family, including his brother, Ovate played. They all stopped after a single Summer. Ovate and Pungkow returned separately in the years since.