Baronet Raku eben Xerxes, of Gehenna Plains, a part of the Kingdom of Rivermoor

”The road to Hell is paved with good intentions” 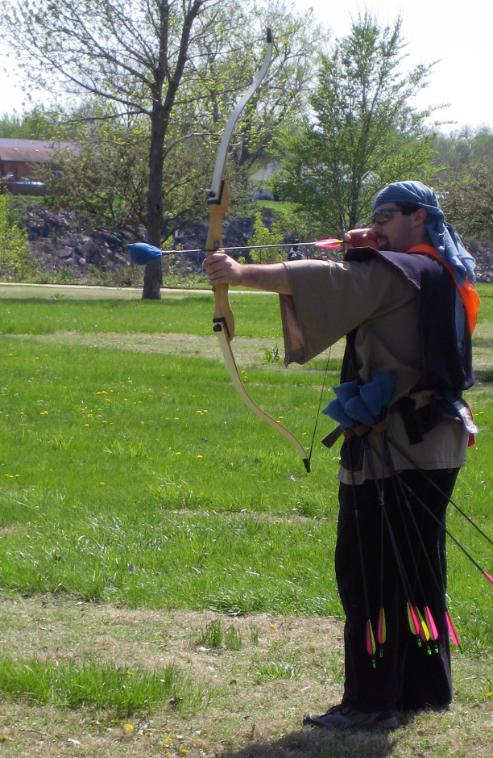 He moved to Ivory Tower (Lincoln, NE) only to discover to his dismay that the park had gone long defunct. Raku became one of the founders of the new Barony of Ivory Tower. In the Ivory Tower he held the office of Sheriff, Prime Minister, and Guild Master of Reeves. He also assisted with many of the other positions as it was a new park with inexperienced people. During this time of getting the Ivory Tower up and running he started his petition to Clan Raion. Raku is no longer affiliated with Clan Raion. He is Lord of the Household of the Guardians of Paradise, though he jokes that he doesn't even know who is in it.

After a few years Raku moved to Querna Tema (Omaha, NE) where he enjoyed the fighting and friendship that comes in a big park.

He currently resides in Gehenna Plains, where he currently holds the position of Regent. He was also quickly accepted into the House of Mu.