Lord Ravian, the Armorer of the Ivory Tower, of Rivermoor

Began Amtgard in May 2011, in the Barony of the Ivory Tower, after spending nearly half of his life in other games such as Warders, and the Society for Creative Anachronism. He is widely known in the park for his prowess as a craftsman, and has created a plethora of equipment in his short time in Amtgard, including four suits of armor (He's working on a few more at the moment), multiple pieces of armor, garb, an excellent flat-blade tech, and many other things. Never bearing a poor attitude, Ravian constantly, and without hesitation loans out equipment to players, in the interest of adding more armor/to the look of the game. He is an adept fighter. Also, for the love of all that is holy, do not challenge him to an actual fight. His persona is a 15th century German mercenary.

Ravian had one Man-at-Arms, Dominic, who dropped his belt when he attained Lordhood. 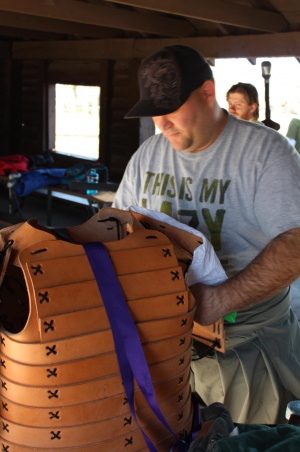 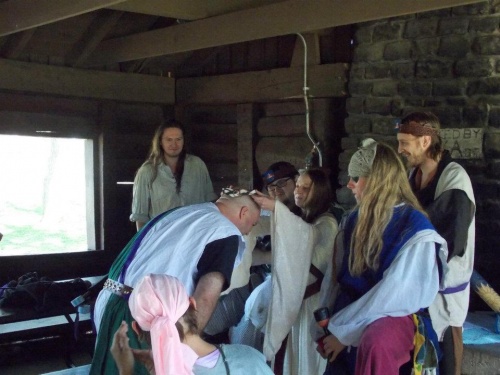