A Shire of Winter's Edge, located in Oxford, Mississippi. 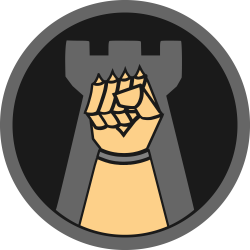 Rebel's Hold was founded in December 2013 and contracted in January 2014. It was accepted under the Principality of Winter's Edge in late 2014/early 2015 and is currently averaging 10-15 players per week.

Rebels Hold meets on Sundays at Noon at Ballard Park in Tupelo, MS.