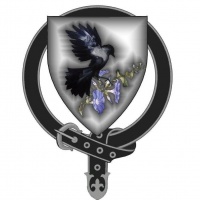 Reggie began Amtgard as a Stormwall pirate long ago, but mundania pulled him away from his nerdy hobbies. In 2014, he returned, this time taking up arms in Austin, Texas. He can be found fielding at Slaughter Creek and Tori Mar, matching swords in hand, always trying to better himself as a fighter. When not getting his ass kicked by as many warlords as possible, he is known to play guitar on the sidelines and drink with his fighting company.

One Sunday in 2015, a San Antonio transplant pocket stabbed him good and hard. He responded by taking her out for Korean food, and now they live together. It's fucking adorable.