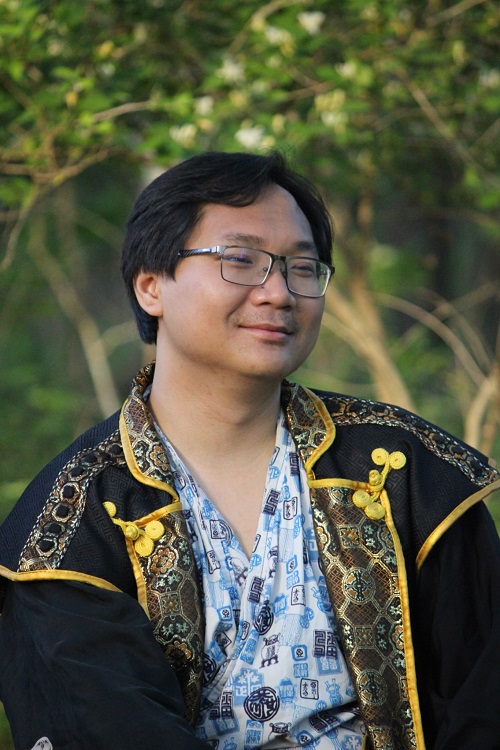 Started playing at Centerpoint in October 2015. Reinhart quickly made himself an asset to Centerpoint. He has served as Prime Minister during the transition from Barony to Duchy and beyond and was awarded his Lord and Baronet title for his two consecutive terms. He is renowned for having excellent garb and even earned the non-noble title of "The Dapper Dan Man" for it. His armor, was briefly famous across Amtgard for how damn pretty it is.

He was the Duke of Centerpoint and GMR of Rivermoor for Winter 2017-2018 Reign and Centerpoint's PM for two consecutive terms prior to being Duke. Served as Rivermoor GMR and then PM for the reigns after.

Well regarded as a competitive player, especially as a Bard, which he attained Paragon in 2017.

During Covid he shifted his focus to Warhammer 40k competitive gaming & miniature painting-his long time passion and was awarded the Renaissance Man award and Michelangelo award in the Lord Marshall Conference of the Midwest in 2021 for Best Overall and Best Self-painted Army of the season.

Reinhart is actually far too pretty to be caught on camera.