Suddenly all of my ancestors are behind me. "Be Still," they say. "You are the result of the love of thousands."
"Honor bespeaks worth. Confidence begets trust. Cooperation proves the quality of leadership."-James Cash Penney 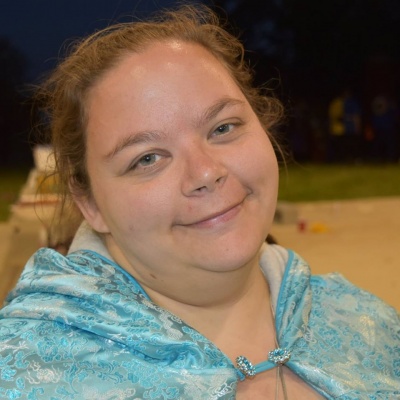 Renjara calls Kaembryge her home as she started there in 2011. It is important here to note that she considers the denizens of Kaembryge who helped her get started to be her family and is loyal to them to a fault.

As there is no Amtgard near her bio family's home in northern Michigan, she went inactive for most of 2012. She visited a few CK events in early 2013 from Pasadena before reappearing in Nov 2013 at Traitor's Gate. There, she was immediately placed into the role of Shire Clerk with a succession of inactive sheriffs, leaving her more or less in charge of the park for a reign before she actually stepped up as Sheriff and then Baroness over the next year, ending in May 2015. She also served for one term as CK BoD Treasurer.

In September 2016, she began traveling to Slaughter Creek regularly and switched her credits there upon finally moving to Austin. Shortly thereafter, Nocturnis was restarted and she went there to help then rebuild. She took a step into Kingdom politics by becoming CK Prime Minister in 2017, a mistake she doesn't plan to repeat. She was the admin of the Celestial Kingdom website and this Wiki until incidents regarding the death of Selric showed her the true nature of the mob.

The highest honor Renjara will ever receive is being knighted along with her squire brother, Distan by their knight, Gekko and grandknight, Aurora. Being part of their awesome family means everything to her.

Renjara was born on a ship in the north Atlantic, the same ship where she spent nearly all of her early years. Her father was taken in a Viking raid from his home in Hamburg, Germany. His viking crew hailed mostly from the Vik. Renjara grew up learning to heal at sea and rescued the sailors from almost certain death. Her mother, whom hailed from Gothenburg, Sweden, passed away from scurvy and she was made the ship's only attendant at a young age.

A few years later, she and her crew found themselves set upon by pirates. Another merchant ship captained by Khazmylar Hotaru came to their rescue, taking many injuries. In gratitude, she traveled with Captain Hotaru for many years and nearly married him. She grew tired of life on the ship and could hear the trees calling to her whenever they would near land. Eventually, Captain Hotaru docked in Reyjavik for a leave period. Slipping into the hot springs, she lost all track of time. When the call went out that the ship was leaving, she was not to be found and was therefore left behind.

She was lucky to find that a childhood friend of her mother’s, named Thorunn, had settled with her husband’s family on the pleasant island. Thorunn was more than willing to give her a place to stay for a time. Though solitary, she had a happy time as a druid on Karlsefni’s (Thorunn’s son’s), estate. This lasted until word came that the catholic church was requiring conversion by law. Afraid for her life, she begged Karlsefni to take her with him to visit Eric the Red in Greenland.

Karlsefni obliged and prepared his ship with goods to trade there. On this trip, she served again as the ship’s attendant. Upon arriving in Greenland, she met Leif Eriksson. As a Christian himself, he wasn’t altogether sure about taking her in. She had to explain that she had no problem with those of the faith so long as her own beliefs were allowed. Just then, Erik the Red stepped up behind his son and stated that they certainly were, giving Leif a sideways glance. Erik stated “All are welcome here. After all, what kind of exiled heathen would (he) be if he, or his family, claimed otherwise.” Leif submitted to this and quickly put Renjara to work within the settlement.

While she did appreciate the respite from Christianity, the lack of trees in this so-called “Greenland” was something Renjara found rather disturbing. She practiced a bit of magic, mostly small tricks, and was known by many in this time to be a great Wizard. Eric the Red took great delight in this and began asking her to perform some trick or another in their main hall as a Bard.

To Leif, however, she was a nuisance and a hinderance to the spread of the gospel of Christ. He began hearing of new lands called Markland and Helluland, which were low and wooded. Soon, Leif asked her to go with him and his men, secretly hoping to leave her behind. He even told her that she must dress as a man, claiming that it could not be known that he allowed a woman aboard his ship. In reality, he did this so that his father would not await her return, but instead believe she had slipped off quietly into the wilderness.

On some of the trips to Markland, they went even further south to collect Butternuts and other supplies from a new place called Vinland. It was here that she helped Leif construct a home on a pleasant river bank among the grape vines and other foliage. Never had she felt so at home and as such, she stayed at his house which he leant her until his return.

In time, a group lead by Leif's sister, Freydis, and her husband, Thorvald, arrived and took possession of the house, forcing Renjara into the wilds. Through the treachery of Freydis, most of this group met an untimely end. Renjara watched from afar as Freydis and Thorvald ordered their men to kill the men opposed to them before Freydis took an axe on her own and killed the 5 women they had brought with them. Renjara watched as Freydis, Thorvald, and their men burned the second ship that had come with them. After this, they left, presumably to go back to Greenland. She wept for those left to rot and gave them, in ritual, to the land before moving further inland to commune with the trees. She lived there in solitude for a time and grew in power and strength. Soon she was able to track and move silently through the trees, scouting various animals, which then became her food.

One fateful day, a group of Skraeling women found her in a thicket while performing a sacred druidic rite. They were impressed and sent word to their chieftain of this woman who could commune with the trees. The chieftain came then with a group of his best warriors. By the time that Renjara returned from the netherworld, they had encircled her. The chieftain kneeled before her and asked her to bring her wisdom to the tribe. She barely understood what he was saying but in her current predicament, she wasn’t sure that saying no was an option. Renjara settled into a quiet life among the Lenni-Lenapi Tribe. 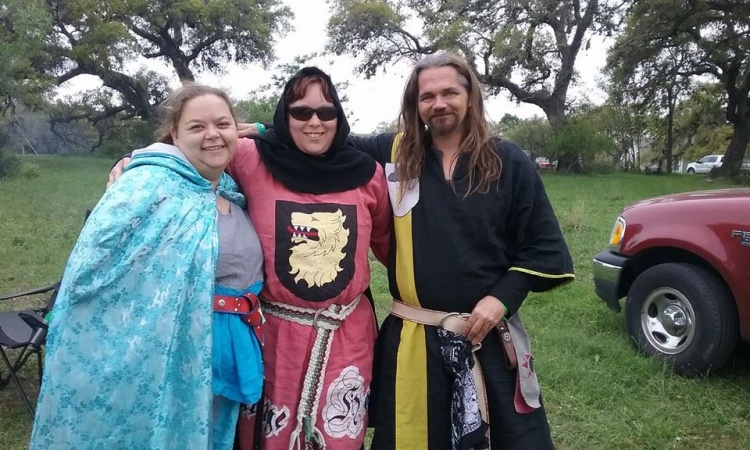