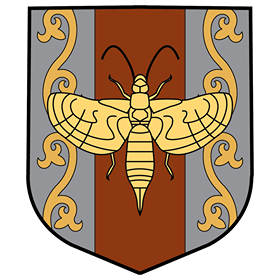 Revell is a passionate advocate for the arts in many foam fighting games. She has produced many tutorials, which are linked below, and believes in sharing information and improving the skills of everyone that she can reach. In particular she is well known for her intricate appliqué work. She is often found at events with her camera, taking hundreds of photos.

Revell is squire to Dame Linden. She has one Page, Melody Songtailor a Hobbit-At-Arms, Valkyrie Nystrom Armstrong and an Archer-At-Arms, Miriam Armstrong Tul.

Fiddles the Fanciful, formerly known as Fiddles the Hobbit, was belted to Revell as a Hobbit-At-Arms before becoming a Knight of the Serpent. 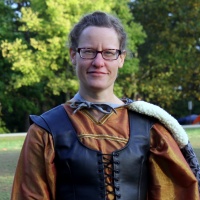