Seguile, of Ivory Tower, Principality of Rivermoor, Empire of the Iron Mountains 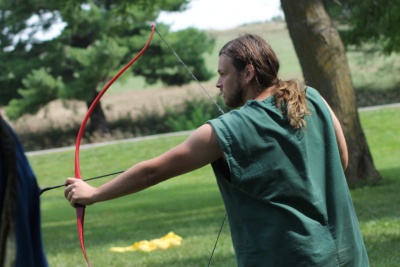 A skilled assassin who finds as many ways as are possible to enjoy his class. Sneaky sneaky stab. He is also a very good Druid. He play by his own Druid code, "I do not attack other druids." He is also skilled with the bow and arrows.

Bestowed with the title of Master Assassin by Prince Tsani, Principality of Rivermoor, October 2013

Best Assassin at Summer Trials 11 eliminating seven nobles quietly, still at large after assassinating the event autocrat in front of the entire court of Emperor Grix.