"I'm that guy who wishes he had an epic armor pic."-Sephius 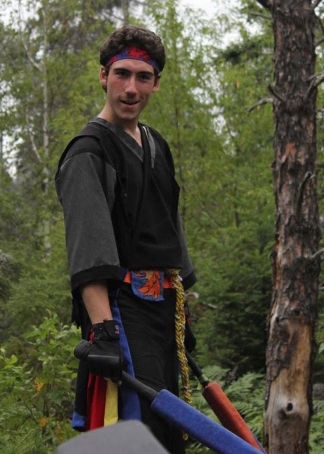 Its sad because I don't have it perfect on my shield...-Sephius

Sephius Rask joined amtgard in April 09 during a coronation. He very quickly started recruiting person after person after person over the course of the summer, thus granting him the epic nickname of "Rabbit in heat", which was then disbanded later. He is far too young to get into the politics of the game and because of this just plays for fun. When people came out to the second coronation in October 09, many commented on how the field spirit was inspiring because it was so simple and fun. Sephius made many upon many great swords which keep on breaking to this day because of bad bamboo. Sephius' dream is to one day become king of any kingdom for one reign.