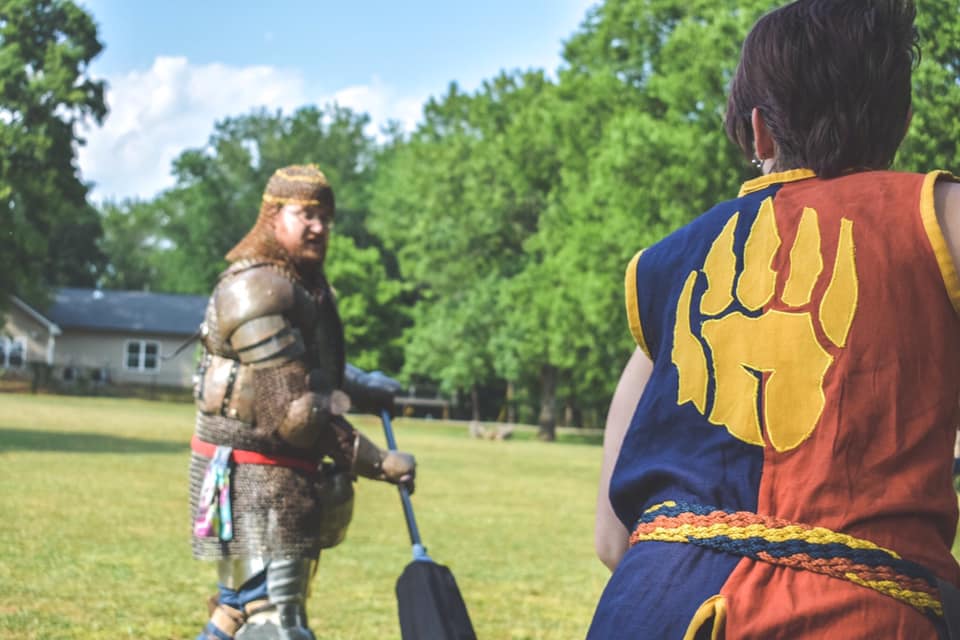 Sethrial started playing an amtgard-like game at Centennial High School in Franklin Tennessee in 2008, joined a real Amtgard park, Faila Ranae, in August of 2011, moved and joined a newly created park, Emerald Academy, in 2013 for one year, and has been back at Faila Ranae causing chaos since then. Sethrial has held every local office over the course of their Amtgard Career. They earned their Lady title for two exemplary terms as Baroness of Faila Ranae.