Lady Squire Shenanigans McAwesomePants, of the Duchy of the Northern Holdfast 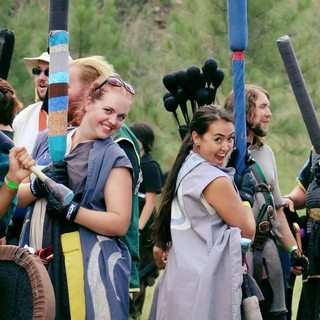 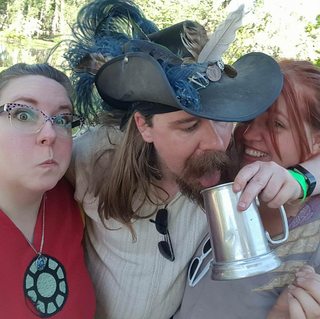 Also known as Hikari or Kari (which was her original Amtgard name), Shenanigans is truly one of the coolest individuals on the planet. She doesn't take crap from anyone, speaks what's on her mind, and is sassy to boot. That being said, she's also super kind and sweet and simply awesome to be around. She's just one of those people you really want to have in your life. —Iyra

Shenanigans started Amtgard as Hikari in the park formerly known as South Gate when she was 15. She helped rebuild the park and correct years of lax work on their ORK and records, for which she earned her Lady title in 2008. Chicken fondly nicknamed her Shenanigans after her mundane name of Shannon, and in the summer of 2012 she began going by that name. After taking a hiatus from regular park days during college, she is now active once more in the Northern Holdfast. At events, you'll often find Shenanigans as part of the superhero duo "Shenanabamm" with her belted sister BAMM.

Shenanigans, BAMM, and Suki were the 3 most active and travelling Wolves in the IM, and as a result dubbed themselves "Tres Lobos", a nickname for which they are now known in many kingdoms. 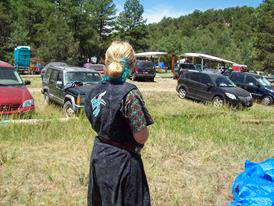