"Its a long Flurby story... I'm just Shinsei. Fun to see people, claim me as a Knight." 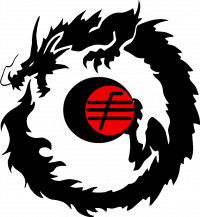 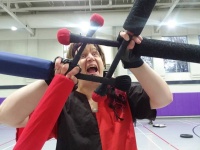 Shinsei started in the shire of Forsaken Lakes in 2006, joining as the park was a freehold; but, the park would later be inducted into the Rising Winds. He was given a page belt early in his career from Katzu, for service to his park and later to Illinois' Amtgard community. A while later he was squired, when Katzu was knighted. He played a small role in helping build Cursed Prairie, giving it the initial kick start, but unable to stick around as it flourished. He was the first to assassinate a member of another Kingdom's royalty, and "bring da goods" to Da Don Warbird (Hi SAM). He ended his service to Katzu having held all of his belts at one time or another. He served the Grey Warders. Shinsei returned to Cursed Prairie, for a time but moved shortly after its collapse, not before receiving a Lordship from the Rising Winds. Shinsei entered a long hiatus as he attended college. After receiving an associate's degree, he began pursuing a bachelor's degree at Western Illinois University while founding a freehold with a handful of friends. This park adopted the name Scholar's Stronghold in the fall of 2018. Upon the knighting of Lilianna, she bestowed him his Squires belt alongside Neek. His home park is now Phoenix Tears and is helping lead a charge to finally found a kingdom in Illinois.