”What seasonings did you use?” ~ Siege Lucretius 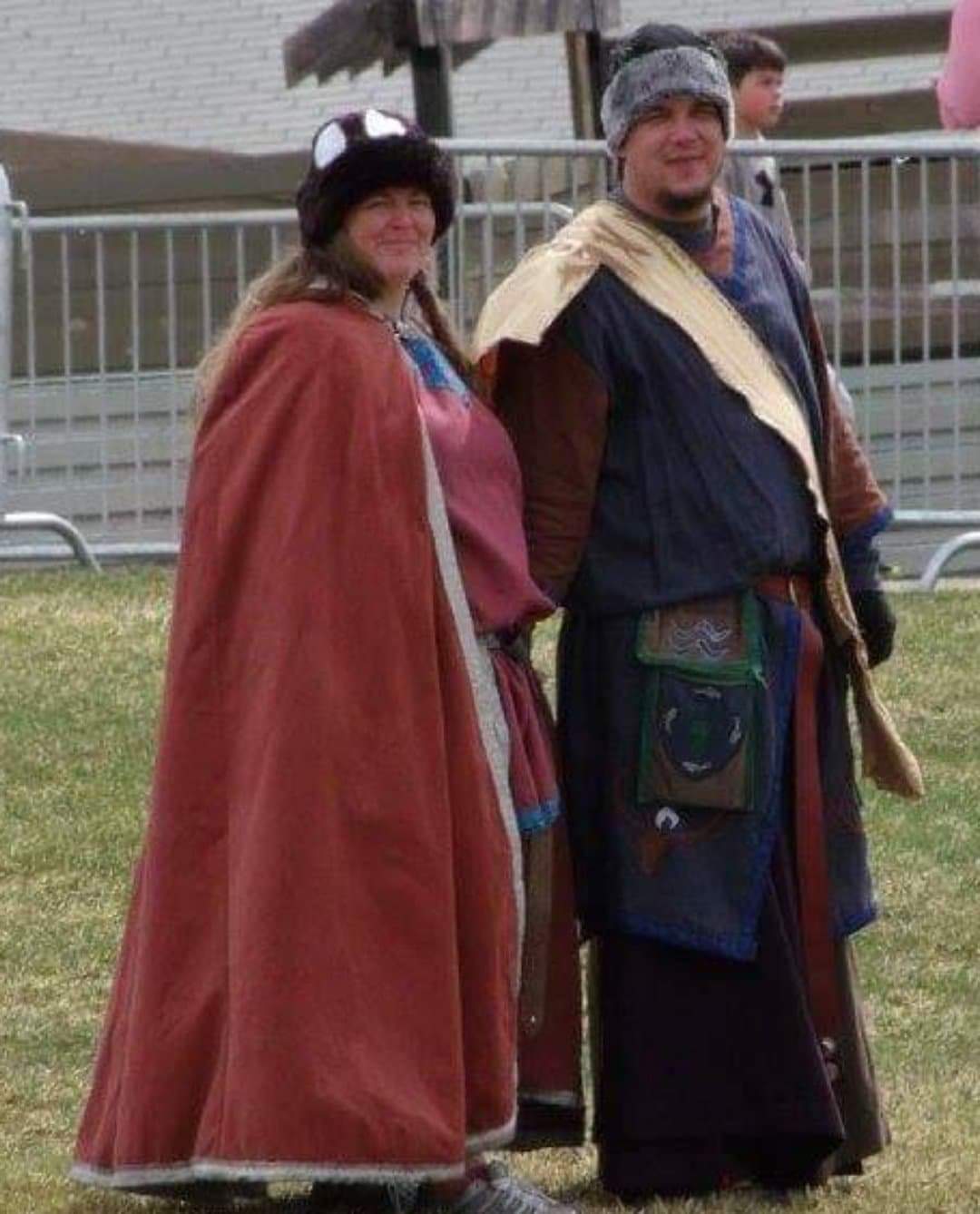 Siege started in the shire of Hermits Hold Wenatchee, Washington around Feb. of 2006. Two months later attended SKBC 2006 and was hooked for life. After learning the ropes, he became Prime Minister of Hermits Hold and later was Baron. Soon thereafter he moved to the Grand Duchy of Stormhaven Spokane, Washington were he held multiple positions, Grand Duke, Regent and PM. He also organized and ran what used to be a premier event called Thousand Stars. Siege had to take a few years off because of work life, but has re emerged as a strong player in the Kingdom of the Desert Winds, residing in the Duchy of the Rusty Gauntlet.

Was given title of Lord by Grand Duke Avalok in 2009

Achieved Title of Viscount given by Queen Lady Snow

Has been a part of a few companies and households but has landed firmly and stuck with The Company of Strangers.

Siege Lucretius is now in service as a Man-At-Arms to Guardian Drū-Kära Silverblade as of December 27, 2020.

With the help of Xiphius, he was able to raise Hermits hold from 5 people to well beyond barony status in under a year, Has achieved the tiles of Viscount, Baronet, Lord, Master Druid, Paragon Healer, Paragon Reeve, and Walker in the Middle.

Was able to help boost numbers of the Rusty Gauntlet to achieve Duchy status, as well as raise funds two years in a row to pay for the Kingdom of the Desert Winds A.I. annual dues.