”I'll whip out my judgement at the dinner table if I damn well please.”
"He went to JARED!!!"
"Can I asssssssssk you a quesshhhtionnnnnn?" 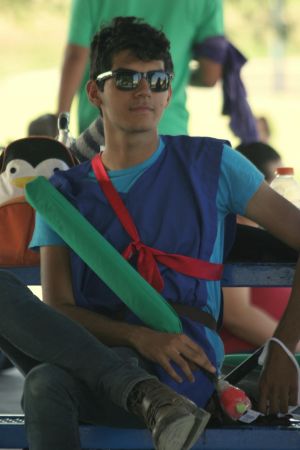 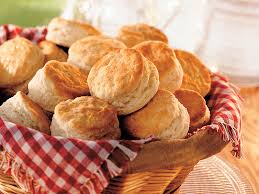 Sinew "The Hot Biscuit" with his crew, Lisael and Dame Covina. 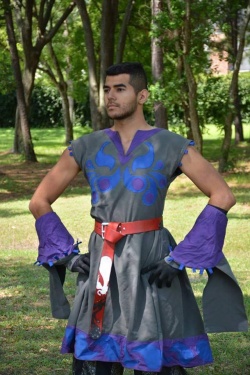 There is but one word needed... FABULOUS!(But, if you need more words...)

Sinew "The Hot Biscuit" End'Oh began playing Amtgard on October 23, 2011 at Paragon's Cross. From there, he assisted in organizing the group and served as the first official sheriff for that park. He played for roughly a year in Granite Spyre between August 2012-2013, where he cemented heavy ties with the Wetlands. Sinew served as 48th Regent of the Celestial Kingdom but has since returned to Granite Spyre. Sinew is an Amazons Retainer to Squire Dru-Kara as of Clan 2014.

Once explained to a newbie at a Wetlands Coronation in June, who wanted to know "What a Sinew was"...

"Sinew is literally the most loyal, fabulous, wonderful kind friend you will ever have. He will always be in your corner, and will be cheering the loudest out of everyone.

"With a list of positive attributes as long as his thin, willow-y limbs, Sinew is a boon to any kingdom he visits."-Sweet Chunk

"Once gave me spicy sausage...it was a great way to wake up in the morning."-Gath Augustine, Disciple of Neptune

"I will protest if the word Fabulous is used any less than 5 times."-Squire Apex Darksoul 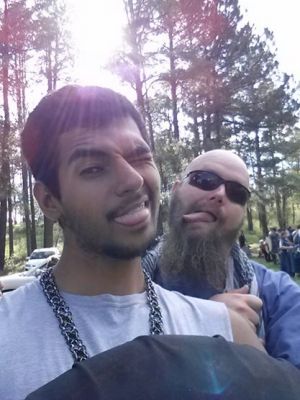 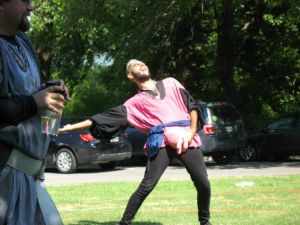 Sinew playing with his udders. 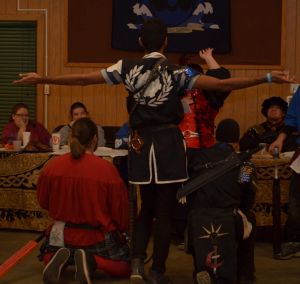 Sinew accepting awards in the Wetlands with the help of his 'Man-tourage'. 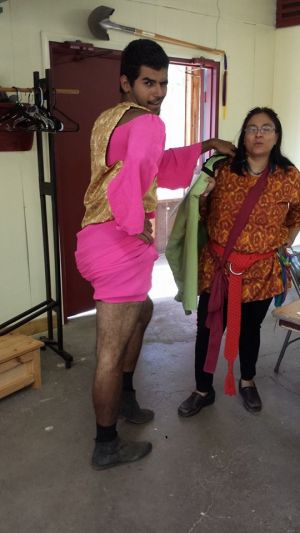