A Shire of the Kingdom of the Rising Winds located in New Albany, Indiana 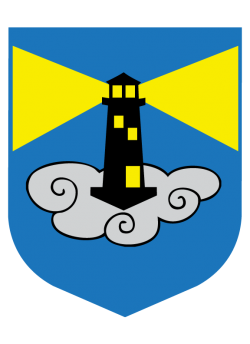 Founded on July 8th, 2011 as an offshoot of Madoc's Keep for players from southern Indiana who couldn't drive down to MK for meets.

We're an active group meeting in Sam Peden Community Park, every Sunday from 1PM on; and at Lapping Park in Clarksville, IN on Thursdays from 11AM on. Pushing barony numbers as of April 2012.

On April 29th, 2012, the Duchy of Madoc's Keep under the rule of Tyrant Asche raided the Shire of Sky Harbor. Warriors from all across the Kingdom of the Rising Winds came to defend the Shire, along with many new members from a local college gaming group. Together they were able to fend off the Raid of 2012, and the Shire has not been the same since. Ice Cream is still considered worth its weight in gold.

The Sign in front of the park says "New Albany - Floyd County Community Park", but for GPS purposes the park is called Sam Peden Community Park. Our exact location in the park varies, just drive along the one road in the park and look for foam fighters. If you reach shelter four and can't find us, walk past shelter four and look in the fields past it. We should be around there somewhere if it's our normal meeting day. Since the shelters get rented by mundanes quite often, we meet wherever is available.