A Shire of Neverwinter, located in Panama City, Florida

Storm Coast originally began as a Powerball fantasy after a night of Pathfinder and watching LARPs on Geek&Sundry. A week later after dreaming about it and filling social media with chatter about it the soon to be Monarch made the declaration that he would create a place where they could play. With some careful planning and the backing of several key individuals Storm Coast met for the first time in January of 2016 on a chilly Sunday afternoon to fumble through beating each other with foam covered loaners. That sparked a frenzy in the group that led to the official contract being submitted, garb and gear coming together and of course the recruitment process.

Thankfully Panama City is home to several beautiful landscapes and a hefty helping of geek chic culture from the local comic shops. The response was immense to the sudden opening of a place that people could gather and legitimately yet safely battle each other to the metaphorical death. Storm Coast and the core group of gamers went from table top to hill top in a matter of days and never looked back.

Joined the Kingdom of Neverwinter in June 2016 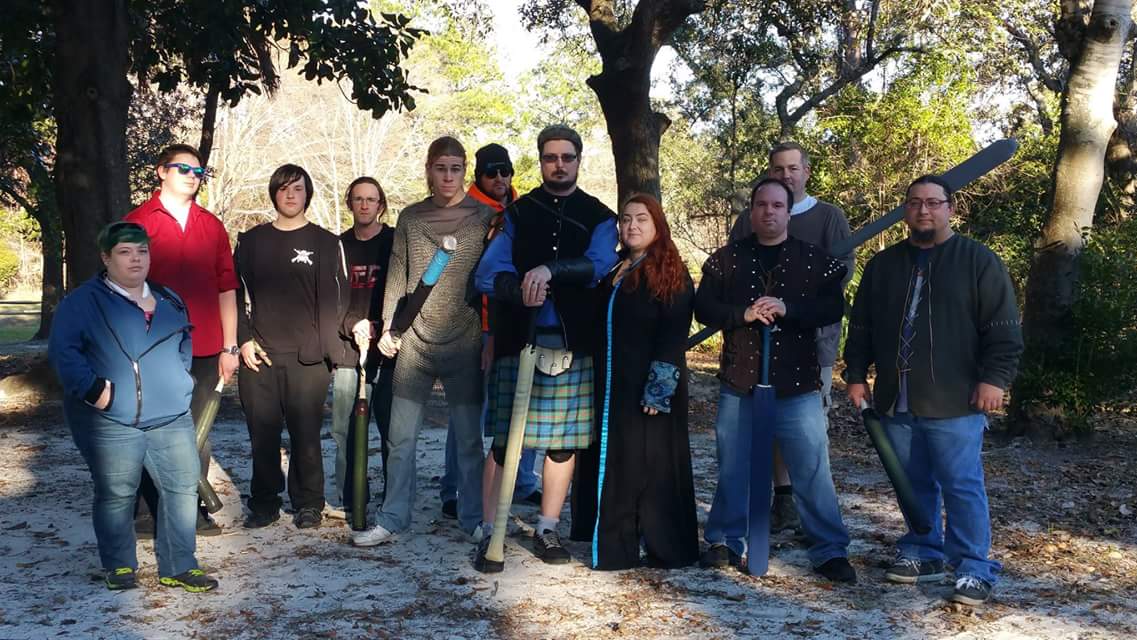 The original Dungeon Master and Mastermind behind the creation of the park.

The Lady of the House in charge of all things creative and the final say.

The sass behind the documentation and record keeping of the park.