A defunct Shire of the Kingdom of Westmarch, it was the Los Angeles based Amtgard chapter located in Van Nuys, California.

Sunfire Valley was formed in 2014 as part of a reformation of Crimson Sanctum, which had undergone several attempted resurrections, and signed a new contract in March 2015. While some of it's membership were former Crimson Sanctum, many were new to the area. It was decided to choose a new name and Heraldry to reflect the new people and provide the area with a fresh start.

Around early 2016 the group went defunct. 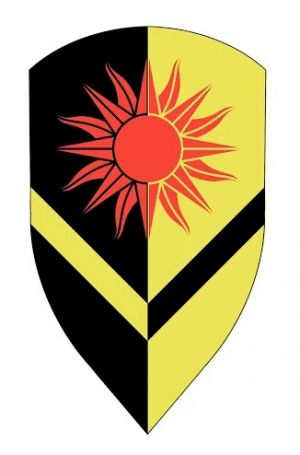 An Amtgard land that met in Los Angeles. They met every Sunday at 1PM, and played at the Westwood Recreational Center. You could have found them at the back end of the park near Veteran's Avenue.

You can drive around to the back end of the park where there is some parking off of Veteran's Ave. The larger parking lot is at the Sepulveda Entrance.