A surcoat was an outer garment commonly worn in the Middle Ages by both men and women. It can either refer to a coat worn over other 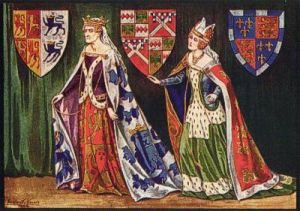 garments or the outer garment of a person. The name derives from French meaning "over the cotta", a long, wide coat reaching down to the feet without sleeves. The sideless surcote, known in Spain as the pellote and sometimes referred to as the "gates of Hell" as it allowed glimpses of a shapely female figure, first appeared as a unisex garment in 12th century Spain. 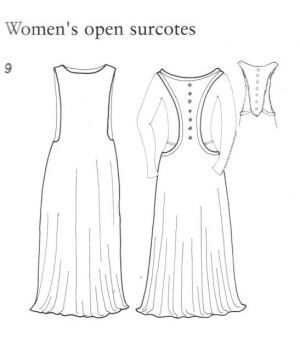 From about the 12th century, knights wore long and flowing surcoats over their armour, which were frequently emblazoned with the arms of the wearer. They usually extended to about mid-calf, had slits in the bottom front and back, and were sleeved or sleeveless. Historians believe that surcoats were worn to protect mail from direct sun, which heated the mail and the soldier inside. The surcoat also serves in areas of poor weather to keep the rain and muck of battle away from the easily corroded maille-links. The surcoat displayed the "arms" of a knight (origin of "coat of arms") which identified him, which, with the rise of the great helm in the late 12th century and early 13th century, became more and more crucial. Some historians even cite this as a reason behind the spread of heraldry across medieval Europe. During the 13th century, knights also began to add plates of armour to the surcoat, the armored surcoat later became the medieval coat of plates. 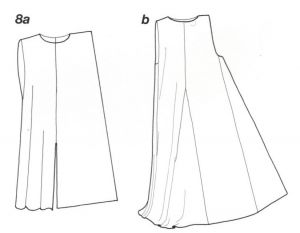 In the 15th century, once suits of plate armour became common, the surcoat was phased out of use. The period in the history of armour development in which surcoats first generally become rare is referred to as the "surcoatless period" (1410-1430).