Talaris Summerstar, Lord Esquire at the Shire of Linnagond, of the Nine Blades

”Conflict is a part of all of us. Those who refuse to fight for what they believe in are doomed to accept others' control over what they love.”

"Strength of arms is not enough to survive in this new land. You need strength of mind as well." - from Warrior's Heart, Combat's Price. 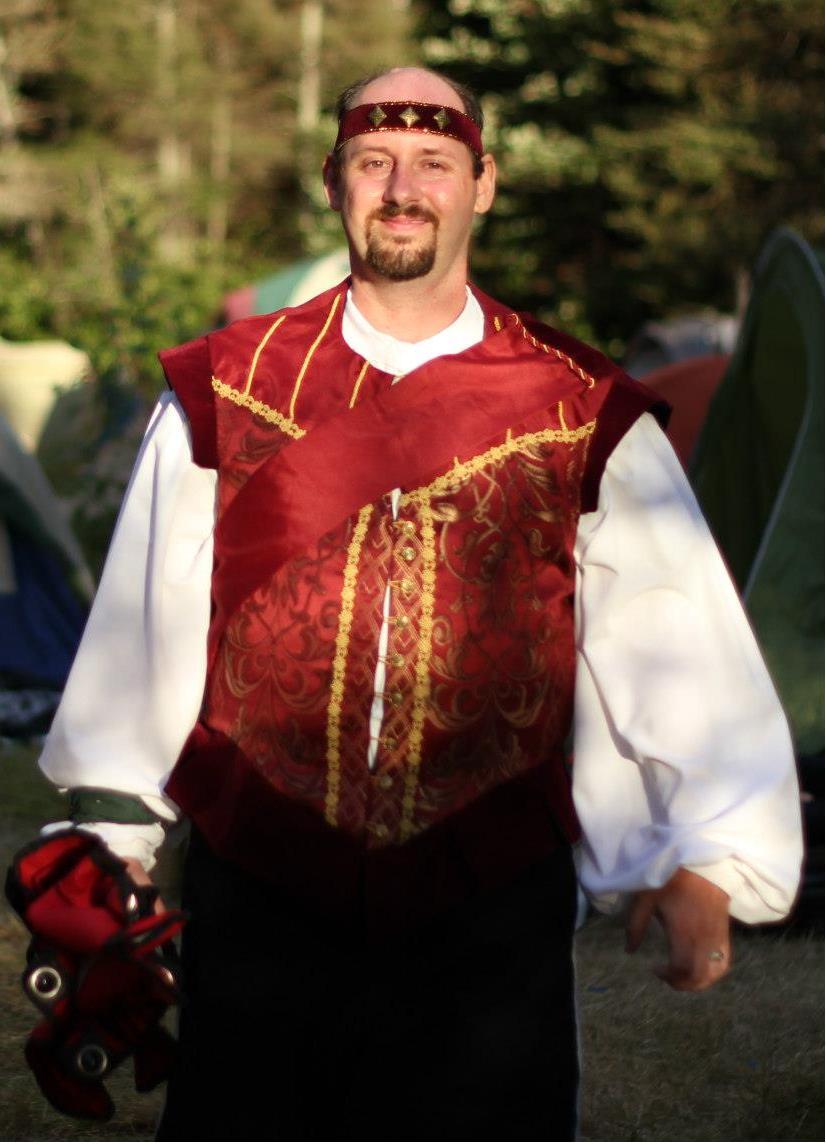 Started play in Wintermoon in 1996 (EP 14, in the month of Sowing, in the Amtgard Calendar), and continued to play until 2005 in Wolvenfang through their stronghold in Starfall Forest. Went missing from Amtgard for five years, returning from the World of Darkness in 2010 to start a new life in Wolvenfang. As of August 2012, he, Psylocyte, and Ryanni founded the Shire of Linnagond, where he has completed multiple terms as Sheriff.

Was a notable part of the Spirits of the North storyline, as he fell to minions of the Void early on, and was possessed by the spirit of a Void General. Over the course of that storyline, he found a way to cut the ties to his body, and, with the help of the Muses and the Lord of Battles, split off a piece of his soul and fashioned a body for it to inhabit, who has since come to be called Olorvin.

Presumed permanently dead, as he has not been present in Amtgardia since February 2015, when Olorvin made his first appearance.