Tauron Xian, of the Eternal Coast 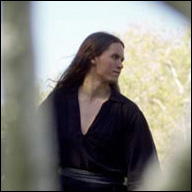 Tauron Xian began playing Amtgard when his life-long friend Celedraug founded Feanga in September 2001, and became a regular fixture of that shire by January 2002. When Feanga merged with Silver Sun to form the shire of the Eternal Coast, he became their first Sheriff.

He trained in the martial art of TaeKwonDo for 11 years from 1993-2004, attaining the rank of 3rd degree black belt, and this gave him an upper hand early in his Amtgard career against the untrained newbies of Feanga. However, over the years his skills have significantly dwindled from lack of practice.

His regular class was Monk, in which he achieved the 6th level, and of which he became the first and only Guildmaster of Feanga and then Eternal Coast. He also played briefly with Barbarian (3rd level) and Bard (2nd level).

He is no longer regularly active in Amtgard.

Tauron Xian (a.k.a. Tauron Halfelven, born Tauron Erufailon) is a half-human, half-elf. Born to a human mother after an encounter with supposed elven nobility, he has never known his father, but bears his last name, Erufailon. After outliving his mother's death, he wandered the world for some time, acquiring the epithet Xian or "immortal" while studying martial arts in the east. During his travels he has sought out elves at every opportunity, though he has never found his long lost father, and few elves seem to have even heard of him, despite his claims of nobility.

Eventually, he met the elf Celedraug in the western woods of Feanga, and aided in building a fledgeling settlement there...