”Honor on and off the field.” 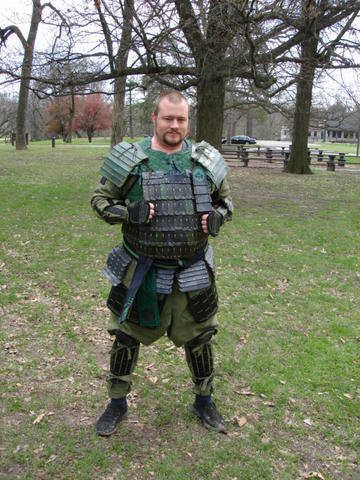 Teishi started Amtgard at Phoenix Tears in 2003. He created and lead Clan Okuyama as a fighting company and its counterpart house. As the way of things the Company is gone and the house remains. Teishi has held several offices and position in the Shire/Barony/Duchy. These include being the first Gladiator, Dragonmaster, Sheriff, GMR, two consecutive terms as Duke, and Regent.

Teishi has always approached the game from the belief of balancing all facets and being a well rounded player. As such he has awards that cross every category which include a Lord title and Daimyo(Baron) title for serving in office. After a short hiatus Teishi has returned to the park and the game with a new vision.

Teishi is squired to Baronet Sir Arminius the Pale-Skinned to whom he was previously a Man-at-Arms.

6th Level Monster gained by mostly playing Bushi from the Book of Engoku.