A Fighting Company based out of the Kingdom of the Rising Winds.

"Vanguard is the number one class battling company in the Rising Winds, period." -Falias

"SWOOPING!!!!" -Heard at Bridge Wars 2016 as new members were recruited 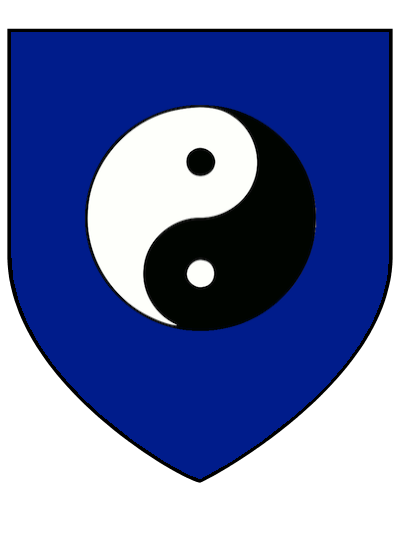 Formed by Asche and Wat in April of 2012, Temple of the Vanguard (a.k.a "Vanguards", or "TVG") is a Fighting Company built on a theme of taoism-based extremist philosophy. The Temple of the Vanguard acknowledges the balance of all things implied by the concept of yin and yang, applied to a balance of good and evil forces (see "extremist" above ;) ) that guide the universe. Our structure reflects this balance.

The group grew and help to foster several members to Knighthood. TVG gain a reputation for pulling on the field shenanigans and breaking games. TVG may not have had the amount of armor that other companies wore, but they could hold their own when classes were involved. They also gained a reputation for fostering leaders within Amtgard.

At Keep on the Borderlands VI, several members of the company left over internal issues. Several key members decide to stay with the company. After moments of self-reflection, the company moved on with a new found vigor. At Bridge Wars 2016, TVG fielded and managed to worry a couple of the "top" companies by showing they weren't willing to lay down. They picked up several new members there as well.

We're here to have fun, and rock over-sized hoods.

Priest - Appointed for specific tasks prior to events

Camper - Friend of Vanguard and may camp with us

Inactive - Member that have not been able to fulfill membership requirements, but are still members

Alignments: In addition to the Acolyte title, members will choose an alignment of either light or dark, in keeping with the theme of yin and yang. This also determines the basic configuration of your garb colors. This is for role play and ascetic purposes. It does not effect your company standing.

Both alignments can wear the yin yang symbol.

-- A Light Vanguard is altruistic, proactive, and honorable.

-- A Light Vanguard fights with his company as a unit, and syngergizes to amplify the effectiveness of the group in combat.

-- A Light Vanguard stands up for the unsupported, and fights to make sure voices that need to be heard, are heard.

-- A Light Vanguard supports his park and his company through education and example.

-- A Light Vanguard is the face of the company, and strives to represent the dream of Amtgard and uphold the standard of integrity.

-- A Dark Vanguard is aggressive, competitive, and focused on self improvement.

-- A Dark Vanguard represents the company primarily in competition, and has no sympathy for our foes.

-- A Dark Vanguard does what it takes to win, but never betrays the company or acts in a way that will bring shame to the organization.

-- A Dark Vanguard keeps all options on the table, and uses the best tool for the job.

-- A Dark Vanguard speaks their mind and is not intimidated in the face of opposition. They will question even the Herald if the ideals we stand for are not being upheld. 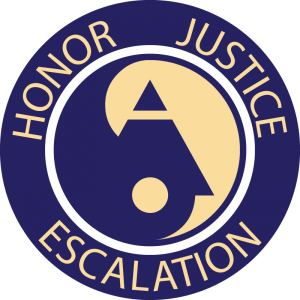