”Nemo vir est qui mundum non reddat meliorem.” -What man is a man who does not make the world better?

"If Evil were a lesser breed than Justice, after all these years, the Righteous would have freed the world of Sin." -The House Wins- Ok Go

"You can't always do right, but you can always do what's left. - No One Loves Me (And Neither Do I) - Them Crooked Vultures

"And Thalen is the most responsible person...in the... not in the... HE'S really responsible!" - Megiddo 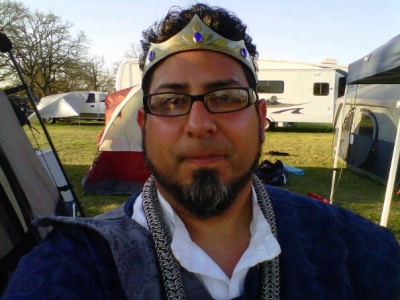 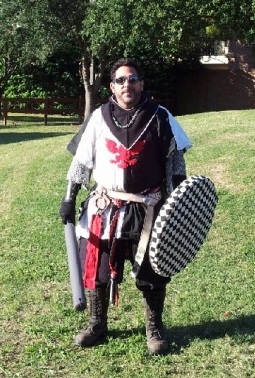 Thalen Tannon first started playing Amtgard in Turris Lunae, in the Celestial Kingdom in the fall of 1991. During his time in the CK, he was a member of the War Dancers and The Darkjesters (Zodiac's bastard 13th child). He played vigorously until 1998 when he moved to the Kingdom of the Wetlands.

Once in the Wetlands, real life slowed him down somewhat. In spite of that, from 1998 to 2006 he played in Granite Spire, the Mushroom Shrine (where he served as Ducal Chancellor), and Mordengaard and Stormwall. While he's a well rounded artisan, He is most well known for his original Filks and in 2003 he was awarded a Master_Dragon for his singing and filking.

He stepped out of the game in 2006 to deal with some real life issues, but came back in 2008 with a renewed spirit. In 2009, he was squired under Saint O'Banion, and he won the Kingdom of the Wetlands DragonMaster Tournament of Reign XXVII. Working with Squire Juju Hex Mojo, and Squire Miss Kittah Rabbet he served as Sheriff for a year and assisted in the resurrection of Granite Spyre.

Still serving in office, he was elected Chancellor and won the office of Champion in Granite Spire for the Winter 2011 Reign then ran unopposed to office of Kingdom of the Wetlands Prime Minister for Reign XXXII/XXXIII (Spring & Summer 2012). 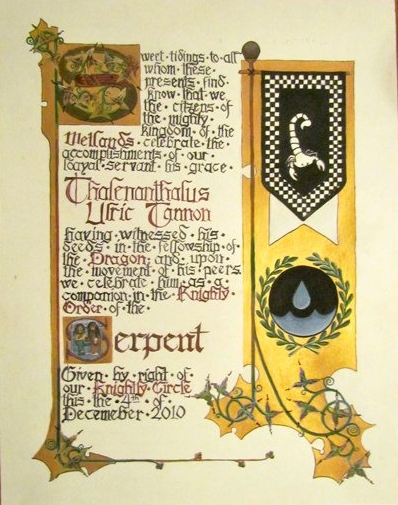 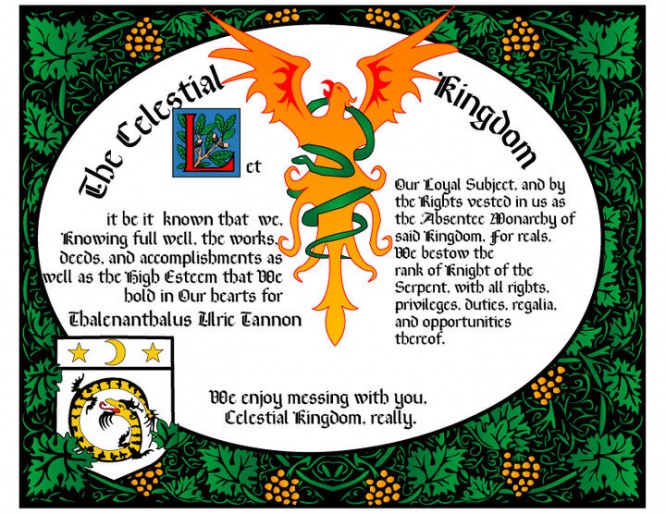