The Sanguine University is a defunct chapter of the Celestial Kingdom located in San Marcos, Texas. 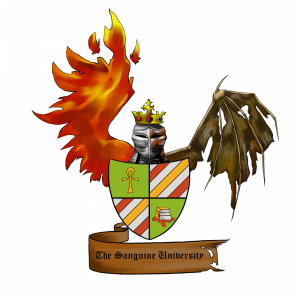 Founded as a shire, TSU had it's first park day on October 2, 2010. The chapter was originated by a group of students from the nearby campus and named as a place of learning and bloodshed for it's new members as they were thrust into the game of Amtgard.

Closed for inactivity in 2012

Sang U' was home to members of Annihalus, Arms, and XIII. Sang U' was also known for having a good turnout of visitors from time to time.

Sanquine University used to meet on Saturdays at 2 pm at Children's Park in San Marcos.