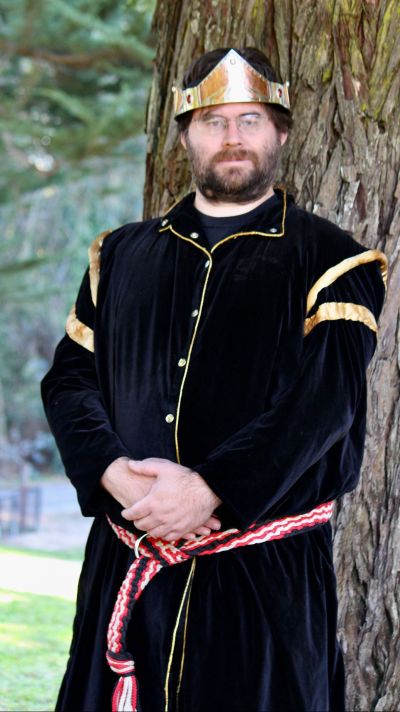 Started in amtgard in 2000 in Seven Sleeping Dragons. Despite low membership for some years, kept land running until its re-growth in 2007. Worked with the college campus the park met at to obtain sponsorship for the group. Led movement to have SSD become a subland of Wavehaven, then was a land representative to the Westmarch formation committee. Moved to Wyvern's Spur in 2008.

Name was originally for a kender he had developed for the Dragonlance RPG, with the same background as his persona. In amtgard, he dropped the kender part but kept the name and backstory.

Does not capitalize his name, due to character backstory.

Thistledown notagnome was born on a gnomish ferry to some barbarian nomads. During a pirate attack on the ferry, his parents were killed. He was taken in and raised at the Gnomish Capital of Mt. Nevermind, where he trained to become a smith. After leaving the mountains, he traveled to Seven Sleeping Dragons where he set up shop, and crafted weapons for many years before entering Westmarch politics and moving north towards the seat of government.

Member of Amtgard7 Group working on new Dor expansions. Heading the Ends of the Earth project.

On a rust background, a mountain covered by an architect's square. 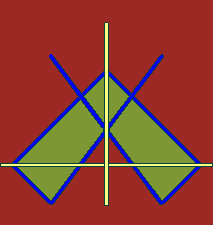