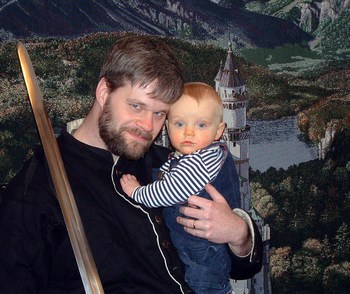 Joined Amtgard in the Northern Holdfast in the early 1990s. After moving from there he founded the Greenwood Keep chapter in Olympia Washington with his wife Margaret. After moving and again trying to start a new chapter for a year, he has reluctantly retired from Amtgard. Has been known to drop in and ask 'what's this game?' when he has found groups while traveling.

No longer listed in the ORK, but has access to his old paper records. Just in case...