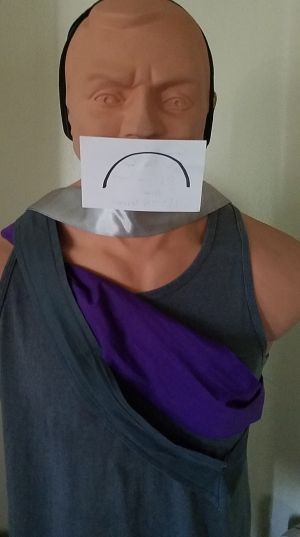 Tyr began foam fighting in 2006 with Belegarth in Florida.

After a few years, Tyr met Warshaw and was introduced to Amtgard.

Tyr's starting park was the shire NodRama of Neverwinter back in 2009.

Tyr starting playing at his current park, the Iron Mountains Duchy, in 2018.

Tyr is an experienced Amateur Foamsmith (Doesn't do commissions/Doesn't operate a business) that is dedicated to safety, teaching, and innovating new ways to do things.