"Get me some basic ass motherfuckin chicken strips." 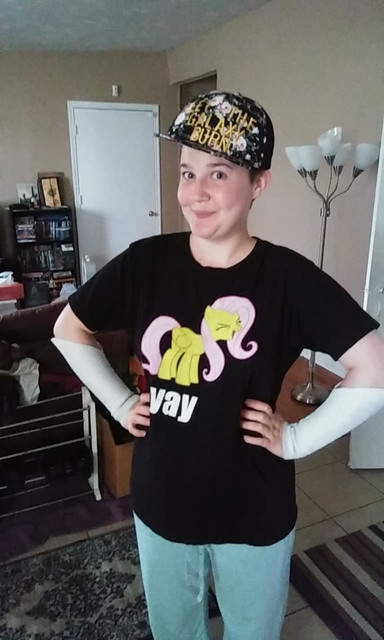 Most of the above is lies. She's indeed well known for her talent and skills, but will confront accusations of having such as "lies" then proceed to call you a "muffin".

Once she unleashes the dreaded "Eye of the Badger" technique, none are safe from her face-gnawing fury.

Knight of the Serpent- August 2019

She is also Shin's fiancee.