Random wanderer. Started playing in the summer of 2002 in Cage Valley.

Hannoske is also one of the shining examples of camaraderie in Amtgard. He single-handedly played wingman to the movinest drunk around, Sir Jynx Mercades after his immediate knighting for the night of drunken revelries. This man kept up with, and ensured that Jynx did get home alright. People like this is what TRULY make Amtgard shine.

Insists on referring to Loptr as "Moonbeam" as part of an inside joke.

Not Moonbeam's page, but rather his liege, and squire. Moonbeam is working on a book of pages, Hannoske is the missing Page (not to be confused with the missing link (which he is also)). Moonbeam says "Not My Page is a great guy, can't wait to sluff his ass, again."

Has one MaA under his noble titles: Leper. 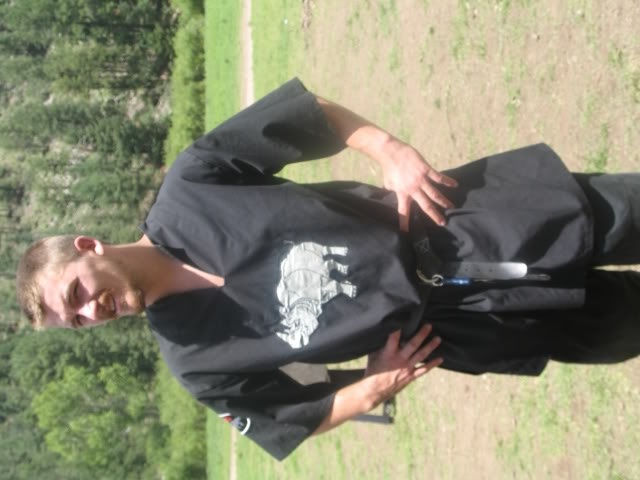