"Death comes to us all, and it will come to you now." 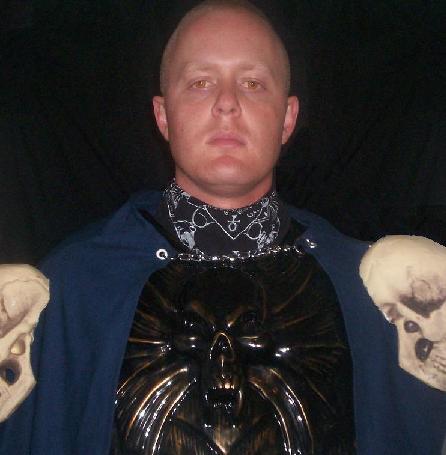 Only been in the game since 2006, and have been a member of the Bitter Coast the whole time. I'm also in the Navy and originally from Arizona.

I met Sir Darva while we were attending the same school at Goodfellow Air Force base in Texas. He took me to Nine Willows in Midland, to introduce me to Amtgard; The rest is history.

Hailing from the western desert. The Assassin called Morgue, has become a whispered fear within the Kingdoms of Goldenvale and Crystal Groves to those who become his targets. Known mostly for his skill with throwing daggers, few realize that his skills with a dagger are matched by his cunning. He has won first place in every "Assassin's Game" he has ever entered, and has attained the prestigious title of "Master Assassin" in his first year. Recognized by his signature skull mask, which covers his face except his lower-jaw, his presence if hard to ignore. Morgue is secretly a member of the Sith Order, a hidden organization founded on the wisdom and visions of a world from long ago and far away. 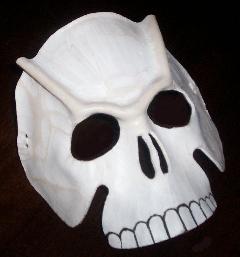