The Kingdom of Viridian Outlands

A Former Principality under the Kingdom of Blackspire. This Principality was named Stormhaven until November 2015, when they voted to change their name to Viridian Outlands to avoid confusion with a chapter of the same name.

In 2020 a the Circle of Monarchs meeting at the Gathering of the Clans with Nine Blades sea declared a kingdom. 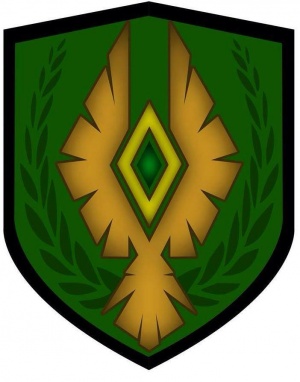 Stormhaven is an Amtgard chapter located in Spokane, Washington. Started in 1996, as the Unknown Shire. In 1998 the name was changed to Stormhaven by a unanimous Althing vote. For many years the group grew and diminished gaining barony status under the Kingdom of Mystic Seas. Mostly though, people just came out to fight and have fun. In 2000 the chapter was crumbling and falling apart at the seams. In the winter of 2001 a handful of individuals sat down and talked about the dream that is Amtgard, what our purpose should be, what goals this land should have and what would bring us all together for the betterment of the land.

Out of this discussion came the goals of building an Amtgard group that the needed focus was enjoyment of the game and for Stormhaven to become a Kingdom. In doing so it was widely discussed that politics need to be done someplace other than on the field. It was also discussed that Stormhaven need to take a more active role in how Amtgard is being played in the Pacific Northwest.
From this meeting spawned a new beginning for the members of Stormhaven. As information flowed and members took an active role in the goals, which now had spread to every member of the Chapter. Old players and new players came out of their homes to revel in the new energy and excitement. With in a few short months Stormhaven had moved from a handful of members to numbers well within duchy requirements.


At Pacific War IV (2003), an event hosted by the Mystic Seas, Stormhaven’s sponsoring Kingdom, Stormhaven took a giant step forward in the goal of becoming a Kingdom. By the authority of the King of Mystic Seas, Stormhaven was granted the group status of Duchy within the Kingdom of Mystic Seas. Sides note to the event, Stormhaven traveled to Pacific War IV with 43 members’ 1/7th of the events total numbers.
This newfound acknowledgment didn’t slow down the populace of Stormhaven. Once home from the event, members went right back to work in building Stormhaven’s local events to new heights. Several events went off very well, such as quests, feasts, dancing, and Thousand Stars pulled record numbers in attendance.


Six months later at the end of King Lukor’s reign, Stormhaven yet again made another step forward by becoming Mystic Seas first Grand Duchy. With joint work between the King of Mystic Seas and the Monarch of Stormhaven an addendum to the Kingdom’s corpora was passed through the Kingdom’s Althings and the group status of Grand Duchy was placed on the books. Stormhaven was also granted the authority to seek sub-groups to Stormhaven with approval of the Kingdom.

The future of Stormhaven is in our hands. With continued efforts put forth by the populous, Stormhaven can and will grow into the Amtgard chapter we dreamed it could be.

In November 2015 The Principality of Stormhaven changed its name to Viridian Outlands to distinguish itself from the chapter.

Viridian Outlands is a Floating Crown. We currently have several lands under us.