"Can we stop with the Plague jokes, already?" ~ Archduke Saint Von Jester 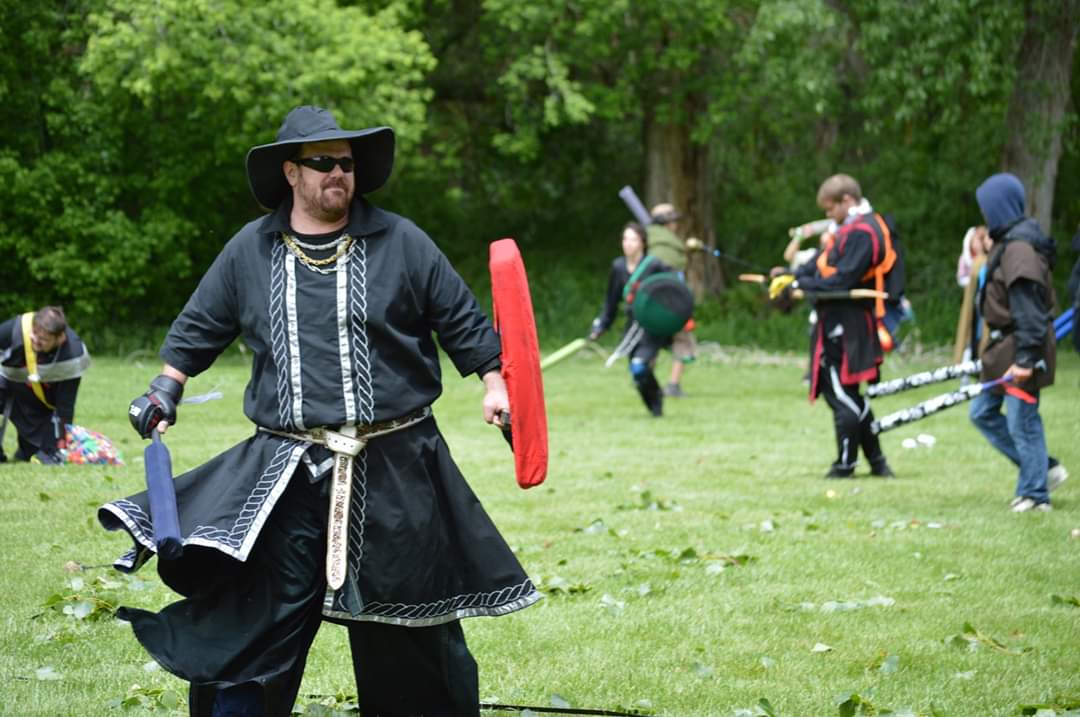 Von Jester, or simply "Jester" as he is known in the Kingdom of the Desert Winds, began his Amtgard career on May 23, 2009 in River's End. Although he played monk on his first park visit, he took to the Warrior Class like a duck to water.

Jester has played almost exclusively in the Desert Winds. He loves to travel. He is also known for his service: Duke of River's End, Kingdom Regent, and Kingdom Monarch.

For his leadership, he was made a Knight of the Crown on May 26, 2018 at Salt Wars in Ogden, Utah by Queen Whiskey.

Currently, his home park is the Duchy of Iron Hold.

While Archduke Saint Von Jester is not presently allied with a household or company, he is well regarded by the assassins in the Desert Winds.