Founded by Saint Sir Arilus Styx and Vincent Thorne in 1999. Rumor has it that Styx started playing a boffer game called KBC or Kingdom of the Broken Crown. In researching new weapon technology Styx came across the game of amtgard and Western Gate was founded. Western Gate originally started at Tower Grove Park and the populous quickly outgrew that park and moved to Carondelet in favour of a safer area, more accessible locale and better fields. In 2009 the duchy had grown to the point where they petitioned the circle of monarchs for kingdom status at clan. Their bid was declined and soon after a principality was formed around the duchy and the following year at clan, this principality would become the 16th Kingdom of Amtgard, Tal Dagore. In February of 2013, the duchy was removed from the Kingdom of Tal Dagore becoming a Freehold.

In June of 2013, The Freehold of Western Gate's contract was pulled by the Burning Lands Board of Directors.

Western Gate has been the birthplace of many different households and fighting companies. 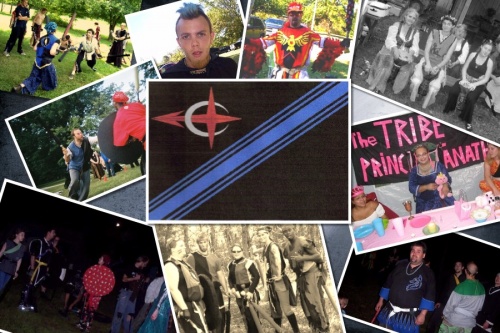