”A cup is worth a thousand sips” 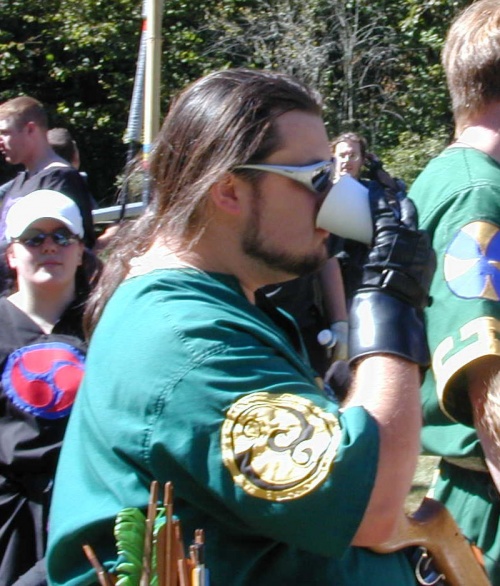 His scrumtrulescence The Grand Duke Sir Whitewolf the Hunter, Vanquisher of Trina and Songbird of the north is best known to some who remember the Mystic Seas for allowing the Burning Lands to recognize their status officially as a kingdom. Years later he moved up to Washington state and became a member and later Duke of the Shrouding Mists. While there he began the Whitewolf Armory - a business venture designed to bring extremely safe and reliable Amtgard weapons and armor to the Northwest. He is known to exhibit perfection in all forms symbolized by his current Squires, Squire Master Reign (The Unsalted), Squire WaAG (Master of the Sauce) and Squire Zen (Master of the Word).

The Grand Duke Sir Whitewolf is a member of the Claw Legion.

House Wolfesbane and The Weathermen