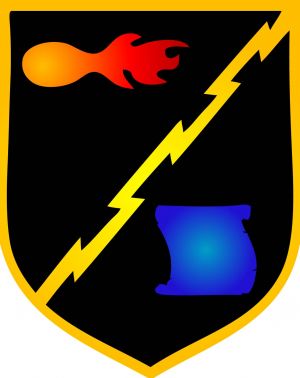 A red fireball and blue scroll, crossed with a yellow lightning bolt on a black field: a common heraldry for Wizards

Wizard is a core class that casts magic to manipulate the elemental and arcane forces.

The alchemists of the Dark Ages can be said to be Wizards, but 10,000-year old cave paintings in France indicate that the concept of fusing the spirit and physical worlds has been with us since the start.

Wizards may purchase five points of magic from each level. Unused points from higher levels can be rolled down to lower levels. A list of all magic purchased must be carried at all times.