The Shire of Wolfsbane

A Shire in The Kingdom of the Wetlands, located in Monroe, LA. 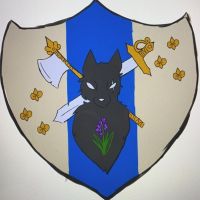 Wolfsbane is a remote land of the Wetlands that exists in a continuous Renaissance. Since the people were gathered here by a former lord, they have all grown and prospered tremendously under their kingdom’s flag. Many have come and gone, and those who have stayed have demonstrated exceptional talents within the Arts and Sciences. Many young Amtgarders live there, ready to show the Kingdom and beyond what they’re made of.

Our park is located at 820 kiroli rd west monroe , LA. Kiroli park , has a 1$ admission fee per person. We meet at the field across from the tennis courts.