A Barony in the Kingdom of Tal Dagore, located in Alton,Illinois. 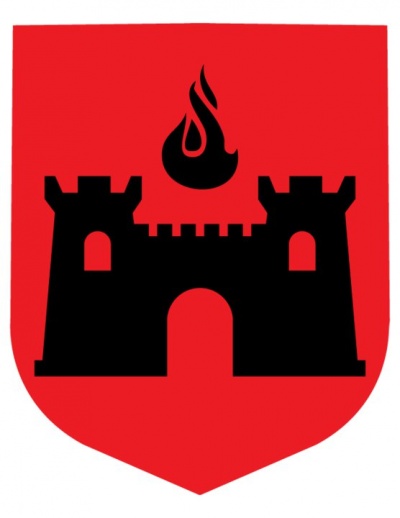 Founded in June of 2009. Nameth the Blind had began playing Amtgard at Western Gate back in 2006. On his way back home from park one Sunday he came up with an idea, "Rather than going all the way down to South St. Louis, why not create a park in my neck of the woods?" So the idea to create a park in Alton, Illinois was born! Although a mis-filing delayed the park from showing on the ORK, it began to grow. Just after the beginning of the year, OBF wished to join the Principality of Tal Dagore (known as The Principality of Western Gate at that time). The Principality CoM meet at the end-reign of Prince Rammork's reign and chose to bring OBF in to the principality under a probabtionary status. The Order of the Black Flame has grown in to a small but upincoming park of the now Kingdom of Tal Dagore. In December of 2011 OBF changed its name to Black Ember Fortress.

Bow before the Great Axe Throne!

Was granted membership into the Principality of Tal Dagore at PoTD Coronation May 1, 2010

Was granted full status into the Kingdom of Tal Dagore at Keep On The Borderlands Sept, 19th 2010.