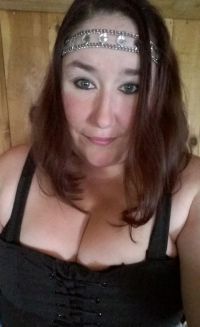 She has been playing since Battle of the Dens in August 2013. She is a half Gnome, half Orc.

She was the Personal Tavern Wench of Captain William Red a persona of The F.U.Bard, until his untimely death, the Mother of LadyDeath, and Valendrear Darkfire.

She started playing in Wolvenfang, Sudbury, Ontario, Canada, in August 2013. A short nine months later, in June 2014, mundane life moved her and her family 6 hours away so she, along with The F.U.Bard and LadyDeath founded Silva Urbem in London, Ontario, Canada.

Parks where Bonnie has been a Citizen

Board of Directors Positions