"Speak softly and carry a big stick; you will go far" - Theodore Roosevelt

Has been playing Amtgard since November 2005 as a member of the Bitter Coast. Pulled into Amtgard by Finris the Knave, who was in the same after school club. Began to play Darkon and joined the country No Quarter! in October 2014. Was fought in to become a full member (known as Swodslingers) of No Quarter! at the 2015 Bellum Aeternus event. 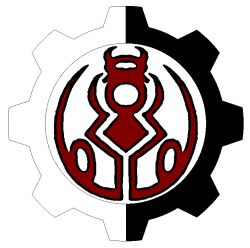