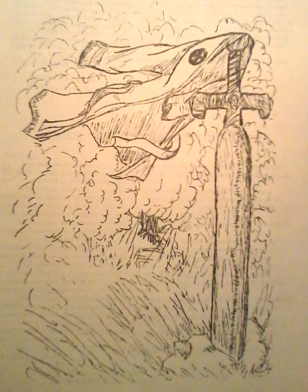 A Defunct and Inactive group

The Shire of Greycloak was a group that played at Mountain View Community College in Dallas, TX in the Kingdom of the Emerald Hills. Some meetings were held in between the two main campus buildings and on the connecting bridges, while most took place in the vast walking trails and wooded area on campus.

The park was named after Michael Greycloak, founder of the Shire, and his "grey cloak" which looked amazingly like a bath robe. (Illustrated in the above picture)

The membership was comprised of some who had attended in the earliest days of the Emerald Hills at the Barony of Tanglewood (Azalin Cutter Deleman, Maynard, Faelin, Cherrdwyn, and Clu Da'Bard) . The rest were nearby residents who had recently graduated or were graduating from the Duncanville High School.

The somewhat edited membership and credits are featured on the following picture of the last PM report of the Shire of Greycloak: 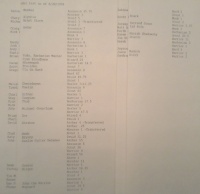