Her Ladyship the Blood-thirsty, Guinnie the Pooh, of the Church of the Apocalypse

*The bear says nothing. It merely looks at you and giggles before it kills you* 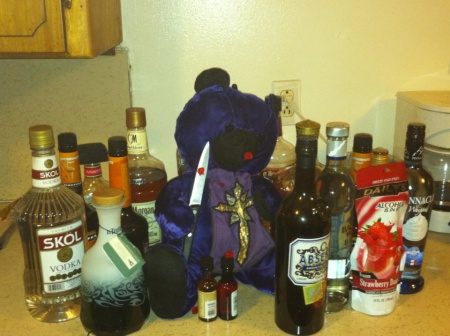 Guinnie the Pooh Came into existence by the will of Naydina. Her only job is to torment the masses and create mischief for her companions. Bear-napped on August 16th, 2013 while locked in Akilith's trunk. Single underhandedly defeated said nappers and remained safe in trunk for a quick return. Or stole the car herself. It is debatable...

Church of the Apocalypse (Saint of Mascots)