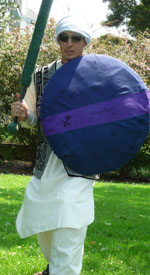 Gwydion is a travelling warrior. While technically playing since 2006, he didn't reach 2nd level in his first class until he moved to Wavehaven in 2008. He currently resides in the Frostlands.

Gwydion has been known to take an interest in making armour. He has made several suits of chain including a 14ga 6-in-1 and a rainbow one for his son.

Is greatly missed in California. 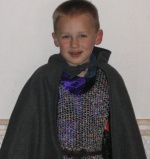 Gwydion is married to Jenndalynn, a crafter and garber. He also has four children, including his only son, Grunthor.