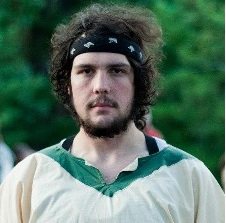 "Gymir started playing Amtgard a few years ago. Since starting, he has learned to sew, fight, and quest with the best of 'em. He particularly enjoys roleplaying and traveling to Canada for their annual Battle of the Dens event. His current favorite classes are Barbarian and Wizard."

I have no idea who posted those horrible, horrible things about me. I didn't even have a page yesterday, so someone is a sneaky bastard. Here's the real deal:

Gymir started playing Amtgard in April of 2007, after Valandra invited him out to field after Marcellus' Junior Prom. He showed up the next day, and has been playing on-and-off (mostly on, depending on school) ever since. He doesn't really know how to sew, he just fakes it. They gave him a garber one time, which he doesn't think he deserves, because it wasn't that good a job and now it's falling apart. Generally he doesn't wear garb, because it takes too long. He tries to fight and quest with the best of them, and is somewhat successful, in his own humble opinion. He enjoys **GOOD** roleplay, which doesn't happen much in Amtgard outside of Canada, which is also why he intends to return to Canada for Battle of the Dens this coming August. The only classes he has ever taken credits in are Wizard and Barbarian, but he's played a variety of others for shits and giggles, and to try out different personas. He likes to have a separate persona for each class, as it helps him get into the mindset of the character. His current personas are:

You can ask him about their particular backgrounds, and he'll probably be able to make up quite a bit about them on the spot. He has what the kindergarten teachers like to call an "overactive imagination".

Gymir has no real ambition in Amtgard, which is why it's surprising that Sir Telchar was willing to make Gymir his Man-At-Arms. He has never entered Arts and Sciences, except this last Crown Quals, and only because Dame Fionna made him. He managed to sneak through with some dubiously constructed weapons and garb, a few Warhammer minatures, and a masterful performance of "Errantry", by J.R.R. Tolkien. Because no one else wanted to run, he was automatically elected Baron of Haranshire, and then skipped Coronation because of school. He has enjoyed his tenure in office, if only because he got to hook up his buddies with some fake awards at Midreign. He probably won't run again, because actually doing stuff is hard. Now he's a Son of Odin, namely Heimdall, because if he was a god, his favorite thing to do would be sit on a rainbow bridge and blow a horn.

Update: After a brief 2-year hiatus from most of Amtgard due to cancer, Gymir got pissed off when some cockmunch tried to get Haranshire's sponsorship dropped for no apparent reason. At that point he and Dame Fionna pow-wowed to figure out how to bring Haranshire back to the glory of its many golden ages. As such he immediately started an alternate field day in the city, recruited a fair number of people, ran for Champion, and now we've got a park again. Doing all that stuff apparently gave Telchar a reason to give him a squire's belt, so now he looks forward to being on the winning side of "Knights and Squires vs. the World". He also won Sir Bowen's Amtgard Achievement contest because he's awesome at doing stuff now, but is not sure if that means anything.

Recently named Guildmaster of Gladiators of the Northern Empire by Bear.

PS: Whoever didn't make me a Secret Serpent present is going to get it if I find out who you are.

As Bandit King, lead a come-from-behind victory over the Villagers at Tribal Rivals 7.

Granted the Non-Noble Title of Master of Meats by Duke Padraic O'Loan of Caradoc Hold, June 2014

Autocrat of Fury of the Northlands 2014: Return of the Iron Quest

Granted the Noble Title of Hofðing (i.e., Baronet) by King Jondal'ar Silvertongue, May 2015 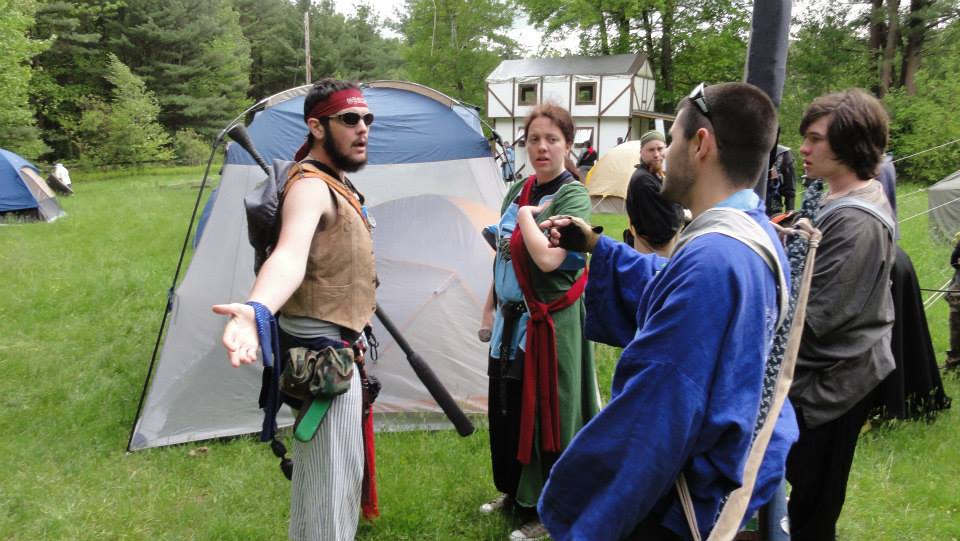 Asking why we can't all just be friends during the quest at GE XV with Promethea and Trik Bail.