Count J. Mann, of Inland Ocean, in the Principality of Northern Lights

”Fear and morale play a larger role in combat than the average stick-jock would think.” 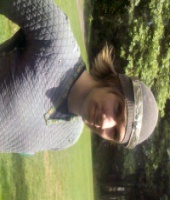 J. Mann started Amtgard in the spring of 2002 at the Land of Greenwood Keep in Lacey, WA. He was drawn into the club through fighter practices held at his community college and thrown by his friends Anibus and Raven Soulstealer. He served a number of terms as Monarch and Regent at GWK and was awarded the title of Lord for his contributions in keeping the land going during a period of Amt-recession.

In the Spring of 2010 J. Mann was elected as Monarch of the Northern Lights. His goal was to revive the Masquerade - an event focused on fabulous costumes, music, and dancing. He also wanted to re-build the Northern Lights treasury as it's balance was around $280 upon taking office. He put a focus on role-play, fundraising, holding feasts indoors at decorated banquet halls, and generally adding depth to Amtgard in the Northwest.

He was re-elected as Monarch of the Northern Lights for a second consecutive term in the fall of 2010. During his second term, he put a strong focus on limiting the Northern Lights events to one per month and congregating people from all of the holdings to that location on that day. This plan was supplemented by a travel day following the NL event two weeks later to visit one of the holdings and support their local events. This plan became wildly successful and significantly increased travel among the lands of Northern Lights. It was during this period that Northern Lights events started exceeding 75 members in attendance. When J. finished his second reign, the NL coffers held around $1100 in the treasury and we was recognized with a title of Count from the King of Blackspire for his efforts leading the Northern Lights.

J. Mann has no fighting company and no household. He relishes in neutrality and the ability to help friends that need. He has yet to accept an invitation to any group, but might be plotting the foundations of a new household.

J. Mann is not a servant of any knightly family. His man-at-arms is Devry.

The Role-Play Origin of J. Mann

A younger man of good health, and better looks finds himself lying in a small field surrounded with trees. Next to the man, sits his satchel of possessions and two sheathed swords. His head fills with a contagious emptiness. He stares at ominous clouds drifting overhead, and they become heavier as they envelop the sky. It could rain at any moment, yet it feels warm and comfortable. The man is disappointed at the changing weather, although he feels an innate sense of belonging to it. Several words that don’t quite make sense resound in the man’s mind, and in a moment, the man forgets who he is. He is entranced by his environment, and is partially blinded by a ray of sun that finds a break in the clouds.

The man thinks for a moment, "Who am I?"

Although this question is mostly asked rhetorically, the man is truly unable to answer it. He feels as though he had just misplaced his memory. He sits up with a confused look on his face.

The man looks around for hints or indicators of his identity. Looking into his satchel, the man ruffles through various tunics, utensils, and papers until he finds a letter with a burnt edge that seems familiar. It is addressed to a J. Mann.

“J. Mann,” he read. It seemed right to him, although incomplete. “I guess that makes me ‘J’ then.”

J continued to read the letter. It was a warning about tax increases in the village of Balecliff. J remembered Balecliff, but it invoked a sharp pain when he did. Balecliff was a moderately sized farming village that endured consistently bleak and overcast weather. J could picture trees, fields, and houses from Balecliff, though not much more. One house in particular stuck out in J’s mind. It was a wooden house with a stone path leading to the door. Several flowers grew on the sides of the path and gave the house a warmer feel. For an instant J pictured the house engulfed in flames, then twitched with a disturbing chill.

J thought, “Is this my home?” J tried to think harder of what he did there, or what happened, but his memory seemed blank in those areas. Starting to get frustrated with his lack of memory, J yelled, “Why can’t I remember!”

Suddenly a twig cracked a few yards away from behind a tree. J turned around abruptly dropping the letter to see what was there. Just as J turned around a head seemed to pull back behind the tree. Someone was spying on J.

“Show yourself,” J stated as he reached for one of his swords and stood up. The sword resounded metallically as J withdrew it from its sheath. A short and slender man emerged from behind the tree. He was wearing a tight fitting brown robe and had short curly black hair. He seemed sly and unpredictable as he stepped forward. J held the sword pointed toward the man.

“I’m sorry, I did not mean to surprise you,” the short man said with a smile. “I’m Uborn, Llamar.” J did not trust this man, yet the man did not seem threatening.

“Did the spell not work?” Llamar asked.

“Spell? What spell? You cast a spell on me?” J raised the sword again, and stepped closer to Llamar, giving him a much more personal view of the finely crafted weapon. “What have you done to me,” J asked with an angry tone, while resting the point of his sword under Llamar’s chin.

“Oh, so it did work,” Llamar said, now very worried. “Well, uhh…. I’ve cast a confusion spell on you, but only because you paid me to.”

“What?” J asked in a clam yet hateful tone. “I don’t even know you, and I certainly never paid you to confuse me. If I had…”

Llamar interrupts trying to explain in a sarcastic tone, “Well now that’s the thing about a confusion spell, it makes you FORGET certain things. That’s why you can’t remember me. In your case, there were many things that you evidently wanted to forget. Now the spell I cast on you wasn’t a typical confusion spell either…it”

“You lie.” J cuts Llamar’s explanation off. “It sounds more like you stole my money and confused me so that I wouldn’t remember. I ought to run you through for something like that.”

Llamar realized that the only way out of this situation would be to remove the spell from J, and do it quickly. Llamar took a quick step back from J, pointed toward him, and started casting a spell to cancel his magic.

Realizing that Llamar had started casting another spell at him, J was determined not to be a victim of yet another malicious spell. With a quick step and lunge, J quickly buried his sword deep into Llamar’s stomach. This caught Llamar just before he finished his spell, and he was unable to continue. His face was frozen with the shear realization of what happened. Blood poured from Llamar’s abdomen, and his knees buckled. He slid off of J’s sword as he fell to the ground.

J’s mind felt clearer, but not quite complete. J looked down with remorse at the dying Llamar and said, “Why did you have to go and do that. If you had just cancelled your spell and returned my money, I’d probably have let you live.” J felt a drop on the back of his neck as he looked down at Llamar. More drops started falling as it began to rain lightly. “Now you’re going to die here in the middle of God knows where, in the rain, while I’ve got to wait around for this damn spell to end.”

The irony hits Llamar as he bleeds on the ground. He moans with unbearable angst and then looks back up at J. The rain hits his face as Llamar tries to speak, “You don’t get it…” he coughs up blood. “My spell doesn’t end. It rearranges your memory, and I was in the middle of negating it when you decided to slay me! Now … ughh… you will never have your full memory.”

Llamar coughs more violently, and curls up into a fetal position. “I curse you…,” Llamar mutters as he lies bleeding in the rain at J’s feet. Slowly, he stops moving and eventually stops breathing. J was overcome with guilt. He looked at the wet and bloody body at his feet, realizing that he had been in this situation before. The rain began to subside.

“Have I killed many other men?” J thought. He looked down at his rain-washed bloody sword. This was not a familiar sight for J, and he did not enjoy it. Despite his bad feelings over the recent death, J knew that this would not be the last man that he would kill.

The rain ceased, and J walked back over to his possessions. They were mostly wet and his clothes were all damp now. He pulled a cloth from his satchel, and used it to dry the blade of his sword before re-sheathing it. J saw the letter he was reading, now soaked lying on the ground. It was barely readable now, but J noticed something. There was a signature at the bottom of the letter; it was signed “Sheriff of Cunningdale.” In an instant, J remembered this man. He was a malicious man that had killed many residents of Balecliff for withholding tax money. This man enjoyed killing people, and just the thought of him made J angry. What seemed to make it worse was that the Sheriff operated within the law because he was authorized to complete his job by any means necessary. There was something else about the Sheriff that inspired a great hate of him, but J couldn’t quite identify it.

After thinking for a moment more, J realized that he no longer supported the “law.” He found the law to be simply one man’s way of getting what he wanted at the expense of others. “Why should any man get to infringe upon the life of another?” J asked himself. “Furthermore, why would any man subject himself to another? Do people enjoy being taken advantage of?”

The sun was falling, and J recognized that it was getting quite late in the afternoon. After reflecting deeply upon his afternoon killing, and the Sheriff of Cunningdale’s power and corruption, J made several large decisions. He decided that he will not follow the laws set in by his government, but he will follow those he decides are necessary. There is no good or evil, there is only a difference in life styles and desires, and J believes that no one should be able to attach a value to those attitudes or ways of life.

J also decided that organization and structure is unneeded. People can either help or hurt each other without needing to attach ranks and values to themselves. An object may have value, but a person does not. To assign a person a value, would be to treat them like an object. J was no object, and for this reason he will pledge his loyalty to no other man, and seek no organization.

Taking one final glance at the wet letter, J crumpled it up, and tossed it towards Llamar’s dead body. Not knowing his own complete past, J decided to stop seeking his memories, and he became determined to now focus on the future. J grabbed his satchel and strapped his two swords to his sides. He started towards a trail leading into a light forest. J left the field on a new path, one that would show him a new world of experiences and would ultimately challenge his new principles.