a Shire of Emerald Hills, located in Hurst Tx. 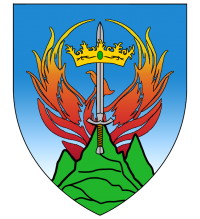 The first park officers were members of the defunct group known as Forsaken Lands, an ex-petitioning park of the Emerald Hills. Though it's starters may have been from the Forsaken Lands, many players have come and many have gone.

King's Point was raised to Duchy status by the Dread Knight King Sir Falamar of Emerald Hills in October of 2013.

King's Point meets Southwest of the Precinct Line/Pipeline intersection, behind the elementary school and south of the baseball and soccer fields.